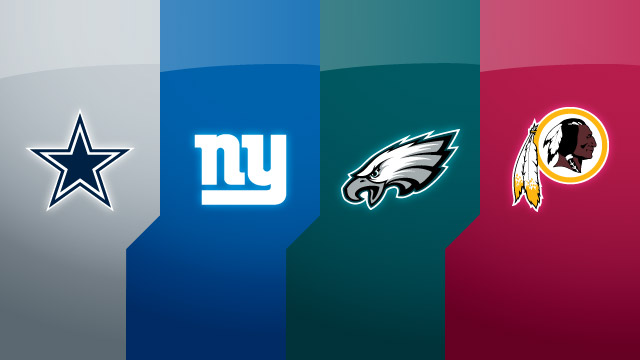 One week into free agency, which NFC East team has improved the most? (Image Courtesy of TheFootballEducator.com)

Making a big splash in free agency is a great way to keep your team’s fan base engaged, but like the Seahawks, making second-tier moves is what separates the contenders from the pretenders.

The Eagles have not made the splashy free agent signing, but rather worked to fill needs and strengthen their core. Other division opponents have not gone the same route as the Birds. After one week of free agency, this is where the Eagles stand in the NFC East.

Grade: D. The Cowboys defense has been given an overhaul, losing stalwarts like Ware and Hatcher. Dallas DE/LB Anthony Spencer also remains a free agent. The Cowboys are a team that has been hampered with salary cap issues and are now paying the price by cutting the franchise leader in sacks.

Grade: B+. The Giants have had a very aggressive offseason that culminated in signing former Eagle cornerback Rodgers-Cromartie to a five-year, $39 million deal. New York looked to revamp their secondary, and has done so with DRC and former Seahawk Thurmond. Re-signing safety Stevie Brown is a huge coup for New York, as he missed last season due to a knee injury. Big Blue also took steps to revamp their running game with the addition of Rashad Jennings, while signing a bevy of players who are strong on special teams. The Giants biggest losses come in the form of Linval Joseph and Hakeem Nicks.

Grade: B. The Eagles offseason will not jump out at a fan base and declare the Birds “Super Bowl contenders,” but the Eagles signings will make them a stronger team. Philadelphia attacked free agency with the agenda of re-signing their own players, and they did just that. In bringing in Malcolm Jenkins on a three-year deal, the Birds signed their stopgap safety and a player with Super Bowl experience. Nolan Carroll with compete with Bradley Fletcher for starting cornerback duties. Braman and Maragos are two very strong special teams players that will immediately improve the third phase of the game. The Eagles biggest get was acquiring Darren Sproles, who immediately signed a two-year extension, for a fifth round pick.

Grade: C+. For Washington to have a successful offseason, they needed to complete two moves: re-sign linebackers Perry Riley and Brian Orakpo. Washington re-signed Riley and franchised Orakpo, assuring the team that both will return. Signing Jason Hatcher away from Dallas could pay big dividends for Washington as well as signing wide receiver Andre Roberts. Losing London Fletcher will be big for Washington, as he was a leader both on and off the field.