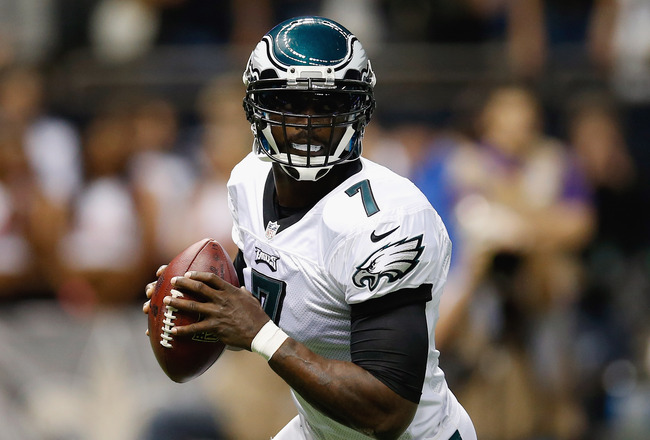 Michael Vick has signed with the New York Jets where he likely will compete with Geno Smith for the team's starting quarterback job this summer.

Michael Vick only needed one free agency visit to settle on his new team, the New York Jets.

Vick agreed to terms with the Jets on a one-year deal worth $5 million the team announced Friday afternoon.

Initially stating his desire to be a starting quarterback, something the Eagles were not in a position to offer the 33-year old after the emergance of Nick Foles last season, it appears Vick will sign with the Jets and have the opportunity to compete for a starting job with last season's second-round draft choice Geno Smith.

Last season Vick initially won the starting job during a summer-long competition with Foles orchestrated by head coach Chip Kelly, which appeared to get the most out of both quarterbacks.

The former top overall draft choice of the Atlanta Falcons back in 2001 has finished a complete 16 game season just once and that was in 2006.

For comparison's sake, Smith threw for 3,046 yards, 12 touchdowns and 21 interceptions as a rookie.

The Jets released Mark Sanchez to make room for Vick.

The Eagles now must fill the void of backup quarterback, but in all likelihood will hand over that role last year's fourth-round pick Matt Barkley and find a third-signal caller either in the draft or among the remaining free agents.