Much Like Eagles Defense, Malcolm Jenkins Is Work In Progress 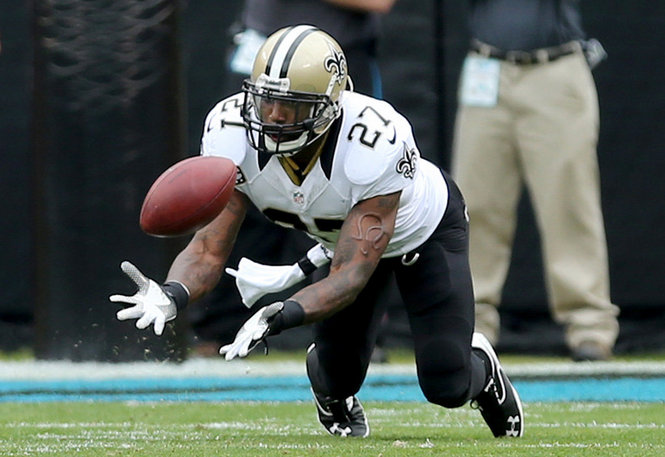 Malcolm Jenkins not only falls in line with the Eagles recent free-agent philosophy, but has plenty in common with the team's defense as a whole. (Image via Nola.com)

They say Rome wasn't built in a day, and the Eagles defense hasn't been neither.

Undergoing wholesale changes a year ago as first-year coordinator Billy Davis Jr scrapped the team's long-running 4-3 scheme for a 3-4 front, mostly with remaining personnel from the old approach the defense showed plenty of growing pains in 2013.

Entering 2014, the unit will be better by default as the players in place have at least one season in the 3-4 alignment and rather than learning an entirely new system, veterans can focus on improving on last year's growth.

Which isn't a whole lot different than the career path of newly signed safety Malcolm Jenkins.

Jenkins hit the free agent market after not being re-upped by the New Orleans Saints who proceeded to lock down Jairus Byrd shortly after the market opened, and came to terms on a three-year deal worth $16.5 million with the Eagles.

It's no surprise that the Eagles made signing a safety their first priority in free agency after the five years of failures to find a suitable replacement for Brian Dawkins, but much like the defense that is undergoing changes, Jenkins has yet to perfect his craft as a safety.

Drafted by the Saints with the 14th overall pick in 2009, Jenkins was a cornerback at Ohio State.

That learning curve has played a role in some of his struggles with tackling that have been well documented by Pro Football Focus.

"I have a corner background, so those few years when I was asked to just play strictly free safety and play in the post, those kind of plays, being there all day makes me kind of uncomfortable," he said. "That's not where I'm best suited. I can't blame that and say that's why I missed tackles, that's not what I'm saying, but the years in which I was put in position to make plays, I made them. And I'm really looking forward to having that opportunity here, looking forward to having coaches that want to put me in those positions and realize that, so I'm excited."

Obviously, the Eagles value Jenkins' ability to play zone coverages over the top, which is paramount in Davis' scheme. However, it's clear that the organization was not ready to part with the $28 million in guaranteed money it would have taken to sign Byrd who has suffered from Plantar Faciitis in both feet which apparently was no concern to the Saints.

Still, Jenkins was in the very next tier of free agent safeties underneath Byrd and TJ Ward. Adding Jenkins is in line with the organization's free agent strategy in recent years of augmenting the roster with players just under the elite level while focusing on drafting well and inking those players to long-term deals.

He is optimistic he'll show the Eagles that investing in him was money well spent.

"I can play deep. I'm a football junkie, so I can be the quarterback of the defense," said Jenkins, a team captain while in New Orleans. "I can still cover receivers in the slot. I can cover tight ends. I can blitz. And whenever I can do those things, when I have the freedom to move around and not be stagnant, that's when I've had my best years. I'm not your typical safety. It's kind of that hybrid that the league is moving to now with the bigger tight ends, the faster tight ends. You need guys that can be versatile, that can go down into the slot and you're not worried about them on receivers."