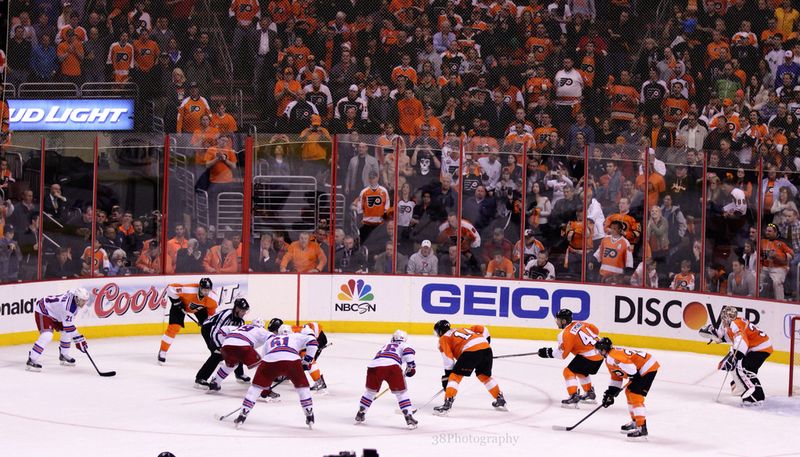 The Flyers face elimination in Game 6 on Tuesday night. (Photo by Amy Irvin/38Photography)

Tuesday night could be the last time the Flyers take the ice in the 2013-14 season. Of course, that is under their control.

The Flyers host the Rangers in Game 6 from Wells Fargo Center at 7:30 with tomorrow on the line. A win forces a decisive Game 7 in the series and keeps the Flyers season alive. A loss ends with the traditional handshake that sends the Rangers on their way to the second round.

The Flyers shuffled the lines around several times in Game 5 looking for the right combinations to lead to scoring. It is still evident that several players have been ice cold this series. Three of them eventually ended up on the same line.

While there is still much to be desired of the Flyers top forwards, Claude Giroux and Jake Voracek, they can at least claim to having scored in the series. Brayden Schenn, Wayne Simmonds and Scott Hartnell all ended up on a line together in Game 5, with only one goal – an empty-net goal no less – between the three of them.

Defensively, Erik Gustafsson will be inserted into the lineup for Game 6 after Hal Gill struggled mightily in Game 5.

Steve Mason makes his third start of the series on Tuesday night as well.

The Rangers continue to roll out the lines that have worked well throughout the series. Dominic Moore has stepped up to score two goals and pick up one assist. Derek Stepan, Martin St. Louis and Brad Richards continue to be the offensive catalysts for the Rangers.

Henrik Lundqvist is back in goal with a chance to help finish off the series.