The Good Bullpen vs. The Bad Bullpen 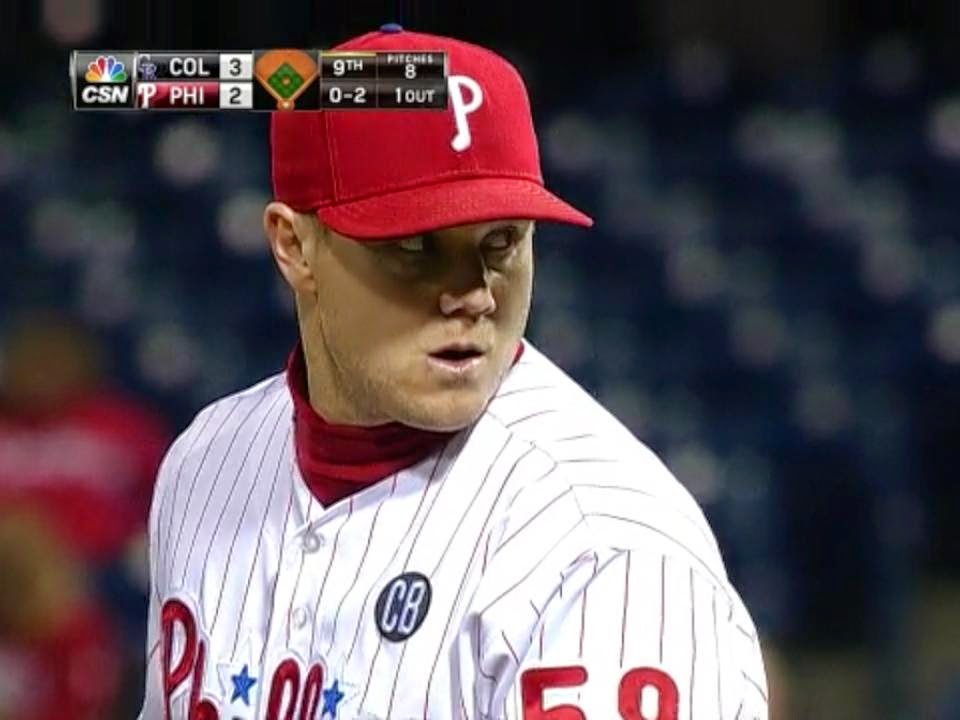 The Phillies had a nice walk-off win yesterday. Anytime that Ryan Howard hits a walk-off homer, it's a good night for Phillies fans. He can be our difference maker.

In that win though, we also saw another drama play out, and that is in the bullpen. The Phillies are a 23-27 team, but while they've now put two blown saves on opponents this season, they've also lost seven games in their bullpen. MOST of those came in April, and up through maybe Mother's Day. They've actually been decent since. Last night showed you both the problems they have, and why they've been decent.

Two guys who were considered huge keys to this team winning, Antonio Bastardo and Jake Diekman, both continued to do the wrong things last night. For Bastardo, it was just plain putrid pitching, again. He came out in the seventh and walked three guys in a row. Now I get that Antonio will never be a model in control and command, but his potentially electric stuff is absolutely useless if he can't face three hitters in a row and now walk any of them. At this point, I don't know how he can get any kind of high leverage spots. Of course, the very next inning, the baffling Jake Diekman struck again. Diekman has a great arm, and bright future, as is born out in his K/9 stats. The man can load up on strikeouts. He also surrendered another homer last night. Part of Diekman's problem is that Sandberg has not made him into a LOOGY yet, and he's not getting righties out (to be fair, in the future we don't want him to be a LOOGY, so maybe he's gotta learn). Even so though, Diekman's inconsistent performance is baffling.

The bullpen has been better though, basically because of two guys- Papelbon and Adams. Papelbon's performance this season has been written about a lot, but Adams has been huge. He's on quite the run of scoreless innings, and last night he went out and got out of a bases-loaded, no outs jam. He's becoming a very reliable late-inning arm for the Phillies.

The Phillies bullpen situation has improved, basically thanks to these two. There are still major issues though that have to be resolved in order for this team to do well. Depth may still do them in.