Chase Utley Sends Everyone Home Happy in the 14th 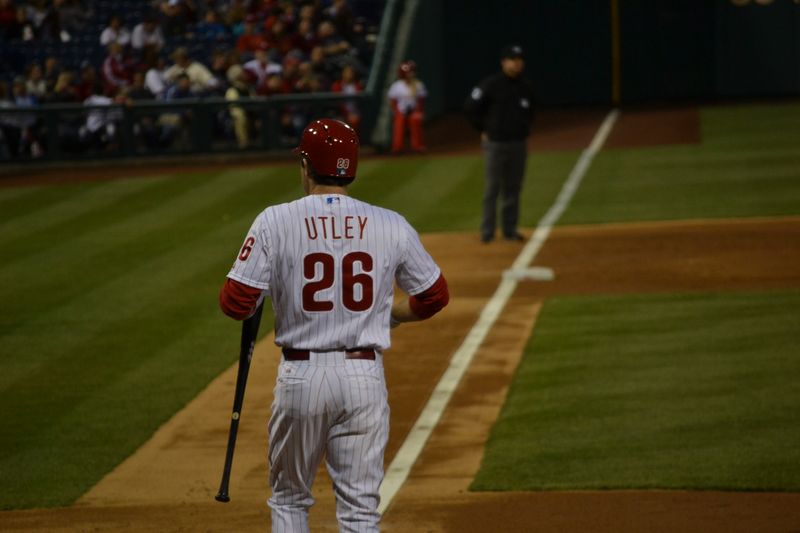 Having gone down two games to one after the first three contests, the Phillies had to win last night's game to continue their streak of not losing a series. They were set up well, with their best pitcher of the season taking to the hill. Cole Hamels, whose losing record is the exact opposite of indicative of his 2014 season, has had four straight starts that should have all converted to wins, but a lack of run support has kept him down. It would be the second time he's facing off against Miami this season, while Tom Koehler would have to battle the Phillies for the first time.

The Game: Hamels would end up giving the Marlins three runs all game long, and, surprisingly, they all came the exact same way. The top of the third was led off with a solo home run by Jarrod Saltalamacchia, his seventh of the year. Run number two came to lead off the fourth inning, when Giancarlo Stanton hit his 21st home run. Finally, the Marlins' third run crossed the plate with the seventh inning's leadoff hitter. Marcell Ozuna popped his thirteenth of the year, and Miami now had three solo home runs.

The Phillies would be able to string together three runs in nine innings as well. Unfortunately for Hamels, though, they would not come in time to support his cause. Chase Utley led off the fourth with a single. Ryan Howard and Cody Asche each singled later on in the inning, sandwiching a Marlon Byrd fly out. Utley would get to score when Carlos Ruiz recorded a sacrifice fly. John Mayberry Jr. struck out to end the threat.

With one away in the home half of the fifth inning, Ben Revere singled into center field. After he stole second base, Chase Utley came up with two away and broke through with an RBI single. At the time, it had tied the score at 2. After Ozuna homered in the seventh, Hamels was replaced in favor of Jake Diekman for the eighth. In that seventh inning, Domonic Brown led off with a single. He'd advance two bases on consecutive ground outs. When Jimmy Rollins rolled a ball over to Jeff Baker at first, it seemed the scoring opportunity was over. However, Baker couldn't pick the ball off the dirt, allowing Brown to score and tying the game at three.

Neither team could break the tie in the first nine innings, so there was some free baseball played. While each team was presented with multiple opportunities to score in extras, the continued to play into the fourteenth. In that inning, Jimmy Rollins led off with a single. Finally, Chase Utley got tired of playing, and took an 0-2 Chris Hatcher fastball deep into the right field seats for a walk off, two-run home run. The Phillies were victorious 5-3, and split the Miami series.

Impact: Once again, Cole Hamels was good for a team that failed to support him. Despite giving up three runs for the first time in nearly a month, Hamels still pitched well enough for a W. Meanwhile, Chase Utley and Ben Revere each recorded three hits, while Ryan Howard and Cody Asche each had pairs of base knocks. And, to top it all off, the bullpen strung together seven scoreless innings, and collected five strikeouts.

Up Next: Tonight at 7:05, the Phillies and Braves kick off another series. Kyle Kendrick will be set to square off against Julio Teheran.