Eagles Flyers Phillies Sixers About Us Write For Us
Phillies Acquire Catching Depth
Half-Way Through, It's Time for the Phillies to Give Up on 2014

I Guess Losing is Cool 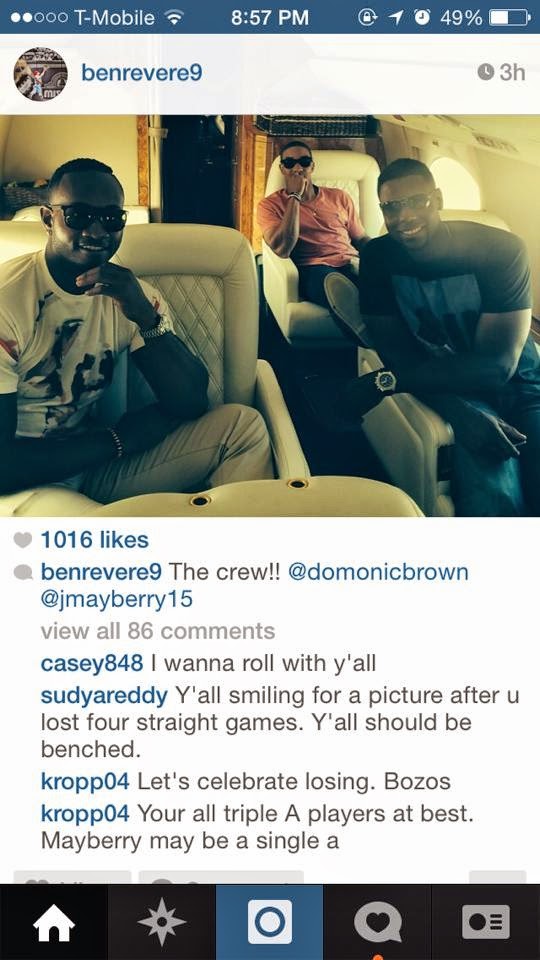 Hey guys! It's the crew- three outfielders who are all negative WAR players! And they're on a plane, after getting swept for four games with the Braves! And.... and.... they're all smiling!

I'm not saying players should sulk and cry after a bad series, but maybe there's a little more to be said in this case. Remember when Larry Bowa said he didn't understand how Dom Brown could be smiling so much playing like he was? As much as I'm not a big Bowa guy, perhaps he was onto something. Maybe these guys are too happy to be big leaguers, and not driven enough to win.

Not knowing them personally, I can't say that for sure. I can say this though- this team doesn't seem angry that it is bad. That's a real problem. That lack of winning instinct is not something you can fix with the same mix of players.

I like the tweet about them being triple a players, maybe Mayberry at single a.....and we not afraid to question them being all smiles after losing 4 to the bravos....