Roberto Hernandez, Ervin Santana Square Off In Game One Of Day-Night Doubleheader 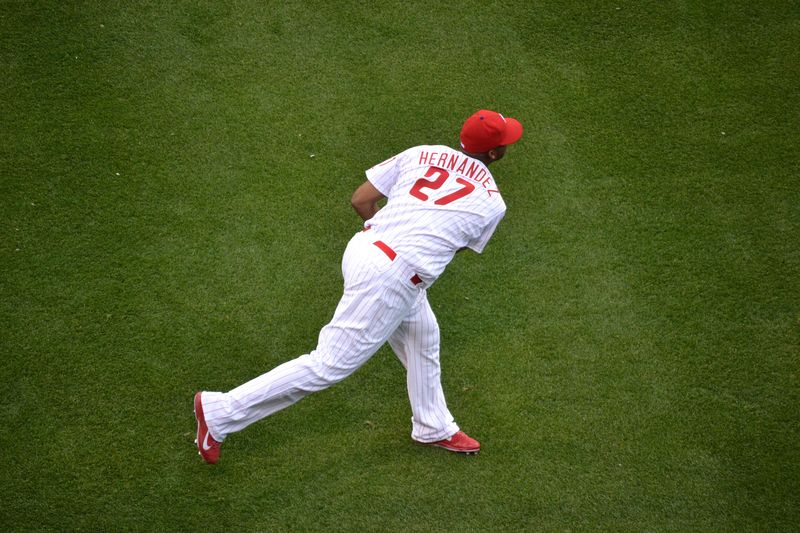 Freddie Freeman beat the Phillies last night, 4-2 in game one of this four-game set. Freeman, who drove in all four of the Braves' runs last night, went 3-for-5 including a three-run home run and a double. It was not Kyle Kendrick's night. Despite going eight innings, his team was unable to back up his four-run effort as they scored just twice.

Today is a long day for the Phillies, as they will kick off game one of a day-night doubleheader against the Braves. The first game will start at 2:05 PM ET and the second one is slated to start at 7:15 PM ET. For the first game, the Phils will send out Roberto Hernandez (3-6, 4.41 ERA) to take on Ervin Santana (5-5, 4.15 ERA).

Roberto Hernandez is coming off of another losing effort against the Marlins on Monday. Hernandez lasted six innings and allowed two runs on three hits whilst striking out six and walking three. Hernandez has struggled of late, going 1-2 with a 4.58 ERA (7 runs in 17 2/3 innings) in his last three starts (one start against Atlanta). Last week, Hernandez was hit for five runs on eight hits through six innings of work against the Braves. He walked five and struck out two but came up with the win. In his career against Atlanta, Hernandez is 2-0 with a 4.26 ERA.

Ervin Santana has struggled over the last month and a half, going 0-5 with a 5.96 ERA in that stretch. He is coming off of a loss against Washington on Sunday. Tossing six innings of three-run ball, Santana took the loss (his third in a row), but struck out nine en route. Santana pitched against the Phillies last Tuesday, allowing three earned runs on eight hits while walking three in six innings. In his career against Philadelphia, Santana is 1-1 with a 1.89 ERA.