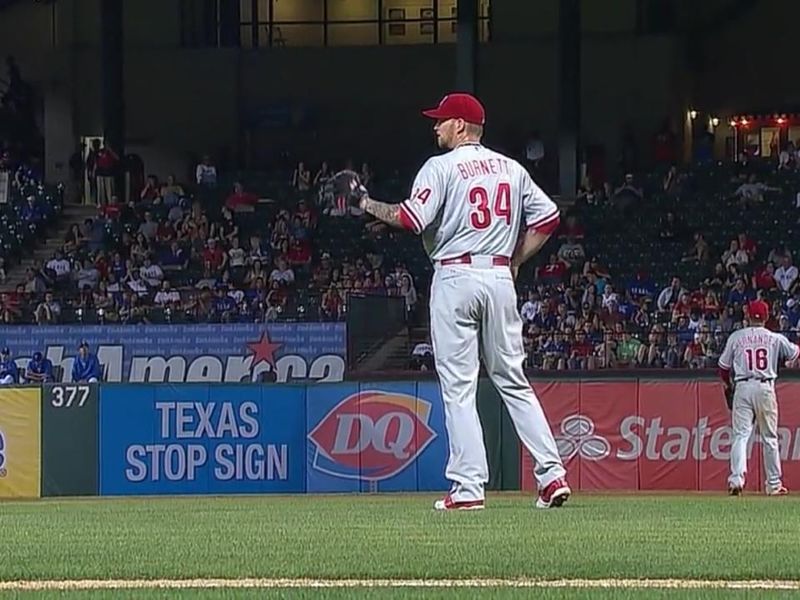 The Phillies escaped a series loss against the D-backs this weekend. After winning the opener and losing the second game, they were able to edge out Arizona in the finale, 4-2. With four days left before the trade deadline, the answers the Phillies need to become a success in the future are near. Tonight they will focus on winning and as for their starting pitcher, so will he. A.J. Burnett (6-9, 3.86 ERA) will make what could be his final start in a Phillies uniform tonight against the Mets. Opposing him and his team will be another trade candidate in Bartolo Colon (9-8, 4.03 ERA).

A.J. Burnett is coming off of one of his best starts this season. On Wednesday, he threw eight scoreless innings against the Giants in a game that the Phillies ended up losing. Burnett struck out six and walked four while yielding four hits as well. In what could be his final start in a Phillies uniform, Burnett will still keep his mind on pitching his team deep into the game in an effort to win the game and not on the trade rumors.

"I signed here to play here," Burnett, who has a limited no-trade clause, said a few weeks back. "I'm not a guy who looks for an out or wants to get out because things aren't going the right way. If that happens, then it happens, but I'm not looking to move on."

Bartolo Colon took a perfect game into the seventh inning last Wednesday against the Mariners. Colon ended up surrendering a hit to break the attempt and went on to allow two runs on three hits en route to his 9th win of the year. It was a great performance on the mound for the 41-year-old veteran. As the trade deadline looms and the Mets in no form to contend for a title, they may end up dealing Colon – who is set to make $11 million next year. The Mets have made it clear that he is on the block and his start tonight against the Phils may put him in a good or bad spot with contending teams. In his career against Philadelphia, Colon is 2-2 with a 4.26 ERA.