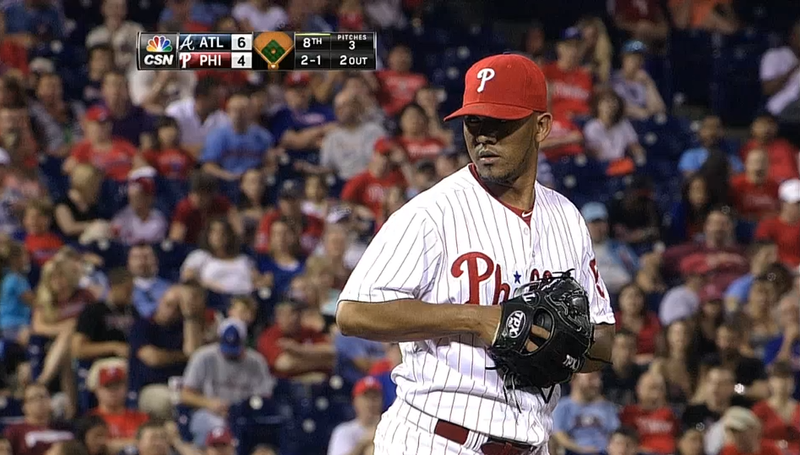 The Phillies are open for business and two of their relievers are getting attention from around baseball.   This time it is the Detroit Tigers.  The Tigers reportedly are interested in left-handed reliever Antonio Bastardo, and perhaps even Phillies closer Jonathan Papelbon.

Jon Morosi of Fox Sports has the scoop:

Tigers showing interest in Phillies LHP Bastardo, sources tell @Ken_Rosenthal and me. Keeping tabs on all relievers -- including Papelbon.

Bastardo is expendable to the Phillies because they have two left-handed relievers in Mario Hollands and Jake Diekman.

Papelbon's heir apparent, Kenny Giles, is in the majors and ready to go.   The Tigers signed closer Joe Nathan in the offseason, but he has failed to keep up his form that he had in Texas with the Rangers.  Nathan has 20 saves but has blown five and has an ERA of 5.89.  If Nathan continues to be unreliable, they may grab Papelbon in the right deal.  With starter Max Scherzer facing free agency, the Tigers may not want to let 2014 go to waste.