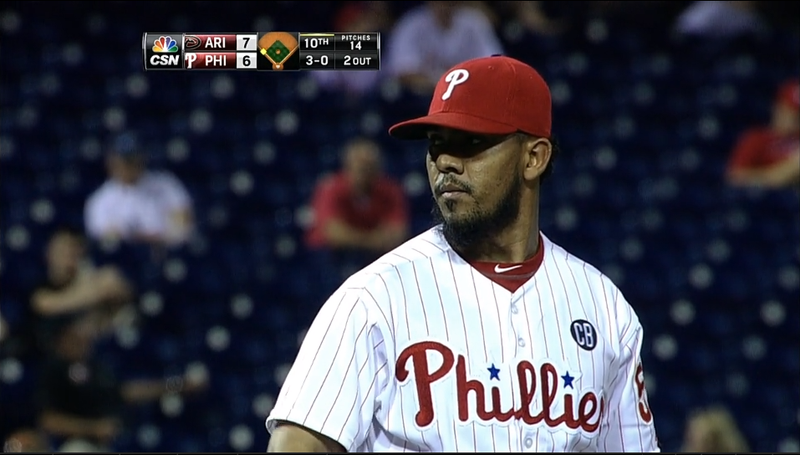 The Phillies were expected to be the club busiest at this year's trade deadline.  Instead, thus far it has been the Boston Red Sox.  Despite winning the World Series last season, Red Sox management is not hesitating in rebuilding his underperforming team.  The good news is for the Phillies, many teams who did not get the pieces they wanted from the Red Sox will be looking to satisfied elsewhere, which could help the Phillies.

So far the Red Sox have traded:

How do these help the Phillies?

Well, teams looking for a starting pitcher and a left-handed reliever may turn to the Phillies now.  Andrew Miller was generally considered the better player when compared to the Phillies' Antonio Bastardo, who could move now.  Many teams are in the market for a left-handed reliever, and Bastardo can be had, with the Phillies having depth in Jake Diekman and Mario Hollands, who would be able to develop the rest of the season.

Teams looking for starting pitching and who were in on Lester or Lackey could considered the Phillies' Cole Hamels, Cliff Lee, or A.J. Burnett.   Teams looking for a top-tier pitcher could go Hamels or Lee, while lesser-tier pitcher A.J. Burnett may satisfy the needs of those interested in John Lackey.   One reason Lackey was so attractive is that he is due just $500,000 next season, thanks to a clause in his contract that made a 2015 option for $500,000 should he miss significant time due to a pre-existing elbow injury.   Lackey missed all of 2012 with the injury.

With two and a half hours to go, we wait.