Eagles Flyers Phillies Sixers About Us Write For Us
Phillies Take the Loss due to a Misplay in the Seventh Inning.
Eagles announce final 53-man roster 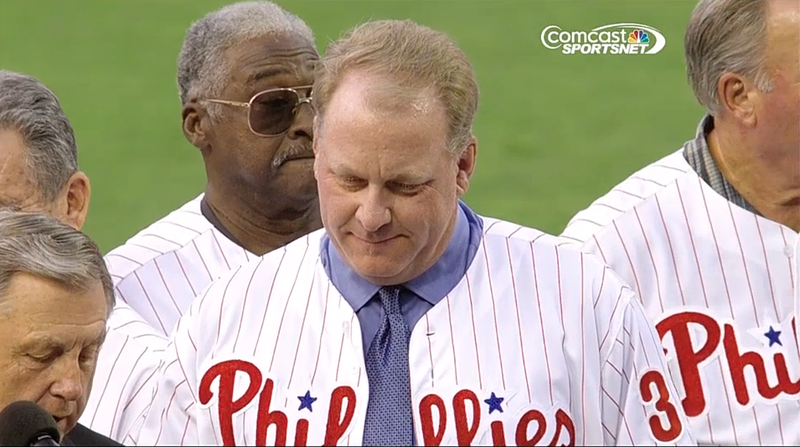 Former Phillies pitcher Curt Schilling was pretty quiet after undergoing cancer surgery back in February.   Schilling has undergone his fair share of troubles and then some after retiring from baseball: a bankruptcy, heart attack and subsequent stint placement, and now cancer.   For the first time, Schilling opened up to Boston radio station WEEI.

MLB.com's Spencer Fordin transcribed Schilling's remarks from his appearance on WEEI where he makes his experience with cancer known:

"I do believe without a doubt, unquestionably, that chewing is what gave me cancer," he said.

During the broadcast, Schilling issued a warning to smokeless tobacco users.

"It's like being given a death sentence without committing a crime," Schilling said.

The good news is that Schilling's cancer is contained.  But, there were unfortunate side effects:

"I am in remission," Schilling said. "[However], I don't have any salivary glands. I can't taste anything and I can't smell anything."

Phillies farmhand Tony Gwynn watched his Hall of Fame father pass away from throat cancer this past year, and baseball has taken steps to attempt to ban chewing tobacco in the major leagues, according to MLB.com's report.  Currently, the substance is banned in the minor leagues.

Since Curt Schilling blames tobacco for his cancer would he blame the hammer for his headaches?