Eagles Flyers Phillies Sixers About Us Write For Us
Flushing Flop: Phillies Fall To Mets In Finale
Phils Head to ATL for Labor Day Matinee 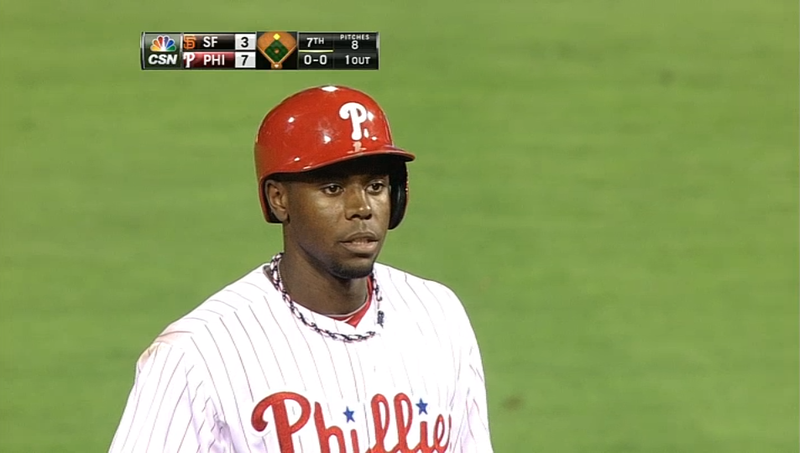 The Phillies made one additional trade before the August 31 waiver trade deadline.  According to Todd Zolecki of MLB.com, the Phillies shipped out extra man John Mayberry Jr.:

The Phillies likely had little time for Mayberry, given that finding at bats for Darin Ruf, also a right-handed first baseman/outfielder, has been tough.

Gustavo Pierre is a third baseman who formerly was a shortstop in the Blue Jays system.   In Spring Training, the Toronto Observe wrote that Pierre was seeing the benefits from the switch:

After spending three seasons at shortstop and having some flaws in his defence, the organization decided to move him to third in 2012. The move saw his errors drop from 44 to 16 in just one year.

“I feel comfortable at third base already,” he said. “When you are closer to the hitting, you’ve got to be ready all the time and be quicker than shortstop or second base and that’s what I am looking for. When I started to play as a kid, I used to be a third baseman.”

Pierre considers himself a hard worker, and will maximize his effort in whatever position he is designated to play in an effort to reach the big club.

Pierre spent most of the 2014 season with the Dunedin Blue Jays, a Class A opponent of the Clearwater Threshers, and nine games with the New Hampshire Fisher Cats, a Reading Fightin' Phils opponent in the AA Eastern League.    Pierre hit a combined .260 with eight home runs and 43 RBI, posting an OPS of .669.   Pierre turns 23 in December.