Eagles Flyers Phillies Sixers About Us Write For Us
Grading the 2014 Season in Review
If A Team Takes Ryan Howard, The Phillies Might Need To Take Bad Contracts Back

There was common theme to two plays that altered the Eagles loss to the 49ers on Sunday. The film shows it perfectly.

When the Eagles failed to score at the end of the game and when they allowed a crazy touchdown to Frank Gore, a mistake that was plain to see proved to be the key factor.

That is the subject of this week's Big Play Breakdown. 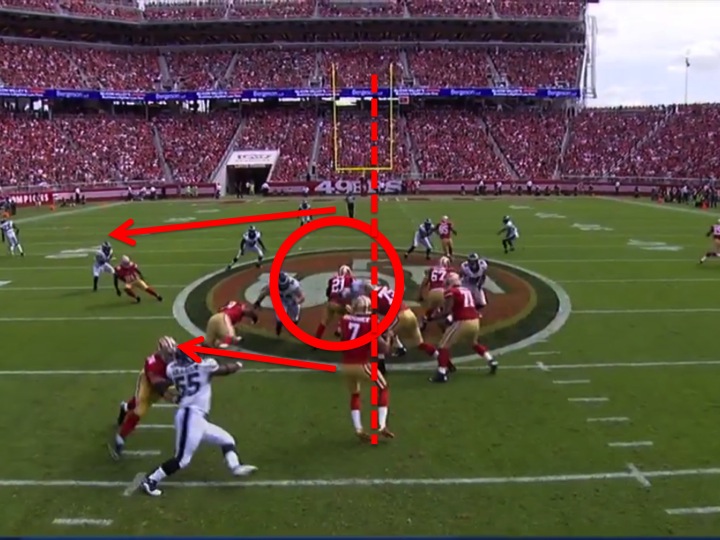 Off the snap, the 49ers use the play action fake that the Eagles do so well. But there is another aspect to the trickery on this play.

In addition to the play action fake, as Gore runs to the right after moving up the middle, Colin Kaepernick rolls to his left, drawing the entire Eagles defense to that side of the field.

With the field split on the defensive side of the ball, Kaepernick throws back across the field to a wide-open Gore, who needs to only escape a weak tackle attempt by Earl Wolff to get into the endzone. 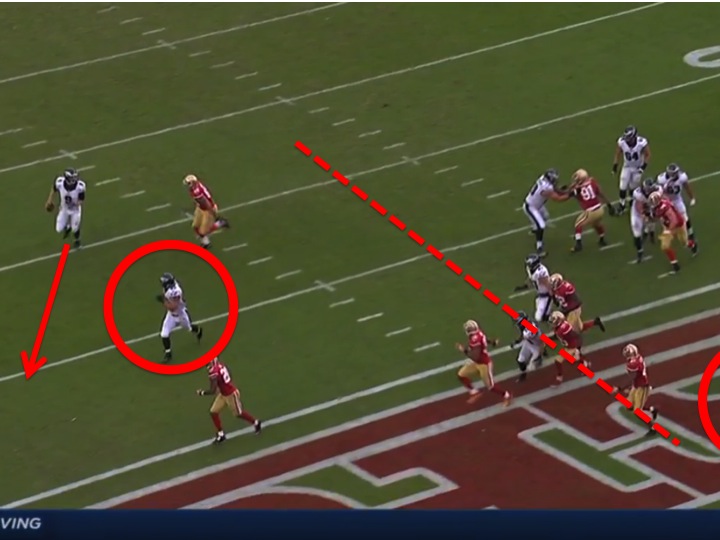 Needing one yard, I thought the Eagles would try a play action fake to LeSean McCoy and throw it into the endzone. After all, the 49ers had to think McCoy would somehow touch the ball.

But in this case, the fake to McCoy is not a very deceiving one and the 49ers pick that up. As Nick Foles rolls to his right, the entire defense follows with all receivers running to the right corner of the endzone.

Foles decides to go to Jeremy Maclin, who is one yard for the back of the endzone. He overthrows the ball and it sails out of bounds off the outstretched hand of Maclin, resulting in a turnover on downs.

But the shot above is from just before the throw. Foles is running out of time, but could still attempt to dump the ball off to James Casey, who is three or four yards shot of the endzone, or tried to take it in himself, with everyone running to the corner of the endzone.

Either way, the 49ers were able to take away half the field by chasing Foles closer and closer to the right sideline. That pass might have been Foles only option.