Eagles Flyers Phillies Sixers About Us Write For Us
If A Team Takes Ryan Howard, The Phillies Might Need To Take Bad Contracts Back
Giroux returns as Flyers down Rangers 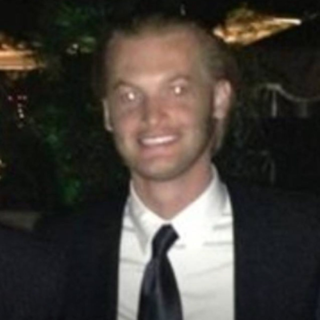 The son of Philadelphia Phillies owner John Middleton took to Twitter to take to give a long rant about the state of the Philadelphia Phillies and their fans.   It started perhaps because he was tired of answering questions about the team.  This Middleton is a Hollywood producer, not the owner.  That is his father's situation.  His father, John Middleton, made his fortune in the cigar business, which he sold for $2.7 billion in 2007.

But yet, Middleton Jr. had this to say:

To whom it may concern, I have not read these articles - not because I'm not interested in fan opinion but rather because false conjecture bothers me - but I have heard from friends in Philly there is wild speculation today over the Phillies. Remember 99% of what you read is totally inaccurate. And one more point brought to my attention. A general partner control baseball operating decisions. Limited partners vote on a variety of things, which may or may not be specifically on the field related. Limited partners are owners, the people involved in said limited partnership are equity shareholders and directors technically. The structure is far more complexed than it appears is being discussed and understood in articles and/or online.

Also, I am a film and tv producer - seemingly confusion there also. But there's this fantastic invention called Google, as well as other sites like IMDbPro (regular often inaccurate). I live in Malibu because I work in LA.

One thing I can tell you, the Phillies are doing their best in a bad situation. The team just gave you arguably one of the three best runs in NL history, the others being, in my opinion, the 60s Cardinals and 90s Braves. Philly prides itself on being tough, but also LOYAL to its core.

Changes and new additions, rough stretches, these are a fact of sport. Death, taxes, and your sports team will not win the championship every year. So please continue to support a team trying to right its ship, certainly spending the money necessary to do so, and look forward to the upswing and many more years of great baseball, consecutive pennants and division titles, and world championships to come. I'm proud to be a Philadelphian, but I'm not proud a fan base built on LOYALTY is abandoning ship because of a series of bad years.

What I tend to disagree with, and take issue with, is this last paragraph.

1) I did not renew my season tickets for this past season after having a full-game plan for five years straight.   The reason was a lack of changes, a lack of new additions.  I have said time and time again I would pay to watch young players, but paying to watch a few minds try to hold on to 2008 for way too long is not worth my money.  Why should I pay for someone else's personal attachment?

2) I do believe that changes are on the way; I just think that they are happening way too late.  I still feel had this process begun two years ago, stating that changes would have to take place would have more effect.     After two sunk seasons where the team was left to be stagnant and unproductive, there is nobody looking to reject change, which is what Middleton seems to imply.  The fans are hungry for change, but have yet to see it.  While they retain certain affections for certain players, they understand the need for the greater picture to be changed.

So when will you renew your tickets? When they start winning again? Just curious.

WE have been loyal but has the team been loyal to the paying customer? Are they doing everything to at least look decent? We, the fans, understand everything he stated and more but we also can't help but wonder if amaro is qualified to be in the position he is. The team is old. And no one is hitting. Is this what they envisioned when signing Howard when and how they did? What about starting pitching? We were paying Hamels, Halliday, and Lee, and now Halliday is gone and now they got Burnett? How old can this team get? They signed Byrd, more age. What have we learned over a century of baseball? Age slows down. The team is mostly over 34. Not many of the older players did anything in august and september. I still think of the Howard contract, signed two years before he hit free agency cuz they were scared he would ask for more? They gave him 25 mil and that's way up there so they didn't exactly get a deal especially if they count the two years after that. I look at the minor leagues and have to wonder if they should have drafted less players that started out as projects with huge upsides IF they panned out, which they didn't, and more drafts of players that are solid picks. The phils have almost nobody ready to come up. Of course they aren't planning to win, there is nobody there to play and not the money is being spent cuz it's wrapped up in old players. And I suspect when those contracts are done this team will quietly go back to spending very little til fate deals them another great hand.

When there are young players to watch. I really enjoyed the latter part of 2013 because it felt like there was going to be a new atmosphere. Asche, Hernandez, Ruf all playing, and doing pretty well. Asche got to play, but the team buried the other two. As good as Marlon Byrd was for the Phillies, that was one more veteran taking playing time away from young players.

poor little rich man's feelings are hurt because you won't buy season tickets to watch the crap they put on the field.
the need a GM who won't spend their money as if it's just hmmmm don't know the word
he goes and so does all the crap he spent bux to get go with him. Start anew and people will be Loyal again. they have many loyal fans who sit out in the stands watching what?????

Funny he talks about being a Philadelphian and trashes us about loyalty yet he has pics of him wearing an LA Dodgers hat......you spell Hypocrite M-I-d-d-l-e-t-o-n Jr

Now we can kind of understand the issue with the Phillies. Mr. Middleton, I use the term loosely, needs to stop the (have to retype) the words coming from his mouth. If anyone had any control of the team from the ownership we would not have heard the issue over a certain player that Giles didn't want and the offer of one of the owners to pay his salary.

Face some hard cold facts: No owner is going to tolerate loss of thousands of seats and revenue if they had an interest in money rolling in.

As fans we are not just upset with this year, we've seen 2010.2011.2012, 2013 , get the picture with reduced production and excitement. For Mr. Middleton, please stay in LA or wherever and leave us nasty fans to watch the chaos your father has allowed to develop. We gave us season tickets in 2012 because of the frustration of watching the struggle.

One has to ponder when the dearth of offense will be addressed. I was on board with the pitching moves made by Amaro, but, this team still needs to out score their opponent in order to win. Their drafting has been less than stealth and their reluctance to roll-the-team-over has hurt as well. It should be mentioned that even in WS championship year of 2008 the Phillies set the record for leaving men on base. The Philadelphia fan base just set a record for 257 consecutive home sellouts. That's what you call loyalty !! What this fan base appreciates, and WILL support, is a team that is competitive. The 2013 & 2014 Phillies were not.

The last team to have a black player, very little money speny scouting in latin America or the Far East when other teams do, never statting a player till he is 25...when is the ladt time YOU went to a game pretty boy where you had to buy a ticket...weve been living and dying with this drek for ages...just look at the minir league teams that average 30 + years ...its an embarassment...you SUCK.