Eagles Flyers Phillies Sixers About Us Write For Us
A.J. Burnett has until Monday night to decide on his player option
Rebuilding Done "The Phillies Way", Starring Ruben Amaro Jr. 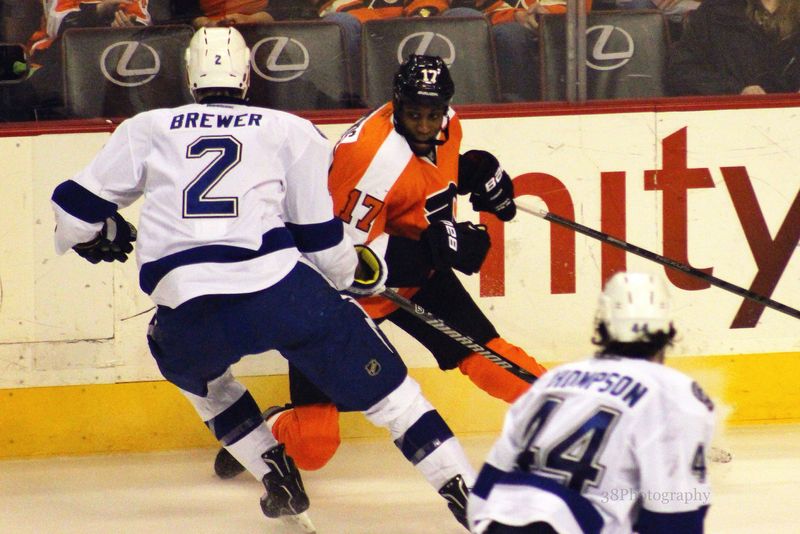 On the heels of their third straight win, the Philadelphia Flyers (4-3-2) will head to the sunshine state to take on Steven Stamkos and the Tampa Bay Lightning (6-3-1).  This is the first of three meetings between the two clubs and the lone game in Tampa. Game time is 7:30.

Last season, the Lightning won all three games against Philadelphia. Tampa has won four straight dating back to the 2012-2013 season and the last six at home.

The Flyers will look to continue their climb up the standings and build off what may have been their best performance of the season in Tuesday's 3-2 win over the Kings. Jakub Voracek continues to be a man on fire.  His 13 points are good for third place in the NHL scoring race.

Michael Raffl continued his early success notching his team leading fifth goal of the season. Ray Emery improved to 4-0-1 and was once again stellar making 38 saves in the win. He now has a 2.44 goals against average and a .924 save percentage on the season.

Brayden Schenn has also picked up the scoring pace recently have netted goals in each of the last Flyer contests.  Schenn now has three goals and five points on the year.

Tampa Bay is lead by their explosive goal scoring captain Steven Stamkos.  When healthy, there may not a better pure goal scorer in the league.  The captain leads the Lightning with six goals on the season and is currently second on the team with nine points.

Goalie Ben Bishop has put up solid numbers early as well.  The Tampa netminder is 5-1-1with a 2.31 goals against average and a .913 save percentage.  Bishop is 53-24-1 as Tampa Bay's goaltender.

Philadelphia leads the all time series 42-35-8

Tampa has won the last six home games in the series.

The Flyers powerplay is currently ranked 8th the league at 24.2 percent.

The Lightning powerplay is ranked 6th in the league at 24.3 percent.