Eagles Flyers Phillies Sixers About Us Write For Us
Around the NHL: Ducks flying high, Hasek to be honored and more
Between the Pipes:Coburn, MacDonald out 4 weeks; Successful road trip ends with win over Pens; Red Wings next 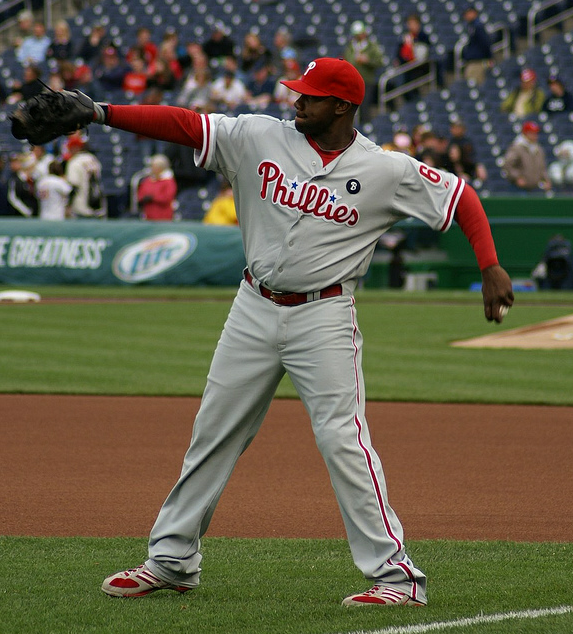 The Phillies have been relatively aggressive thus far this offseason, which technically has not begin yet, since as many as five games of the World Series remain.   The Phillies re-signed free-agent-to-be Grady Sizemore and minor league catcher John Hester.  Additionally, the Phillies outrighted outfielder Tony Gwynn Jr., infielder Andres Blanco, and pitcher Sean O'Sullivan, and, avoided arbitration with reliever Cesar Jimenez.   These were all minor moves, but the Phillies are making many more moves than other teams.  It is a sign that the Phillies plan to be aggressive.

Buster Olney of ESPN says that the Phillies plan to be aggressive to the point that they are willing to trade veterans and eat salary:

The Phillies have signaled to some corners of the market that they're going to be ready to deal veterans this winter,and eat money to do it.

Could this mean Ryan Howard, Chase Utley, and Jimmy Rollins could be moved?  Could more than one of them be moved?  All three?  It sounds like anything is possible.   Though we do not tend to think of him as such, Cole Hamels is indeed at this point a veteran.  He could be moved too.

With Pat Gillick publicly stating that the Phillies should not contend in 2015 or 2016, the Phillies are officially waiving the white flag.  The Phillies have been criticized in the past for holding on to 2008 for way too long.   This may finally be it.

Rebuilding is the right thing to do, now just need to fire Amaro and get a competent GM.