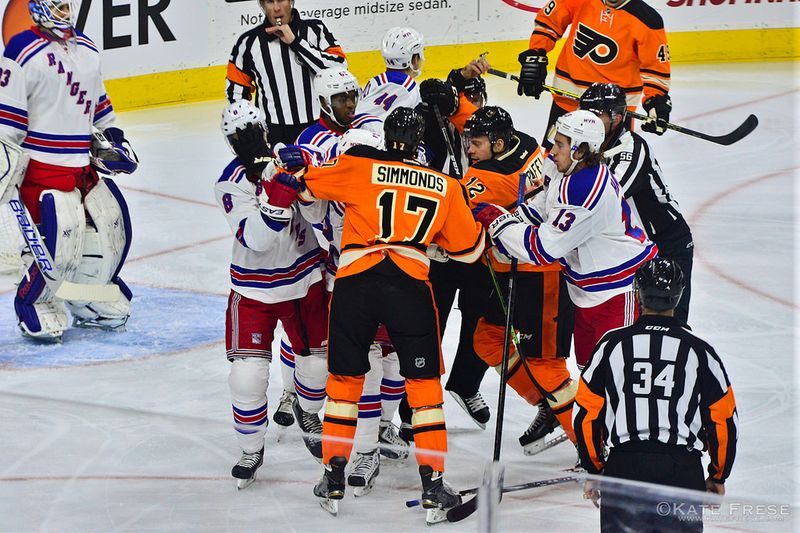 The Philadelphia Flyers (8-11-3) will head to Madison Square Garden to seek revenge on the New York Rangers (10-8-4) after being shutout in back-to-back games in just over a week.

The scoreboard read 3-0, but the game felt much worse as the Flyers were completely outworked and outplayed by the Rangers yesterday.

Don't be surprised to see a new-look lineup for today's game, we'll keep you updated on any changes.

The only real bright spot for the Flyers yesterday was their 2nd line of Michael Raffl, Scott Laughton and Wayne Simmonds who dominated possession despite mediocre zone starts.

Pierre-Eduoard Bellemare and Vincent Lecavalier each played less than 7 minutes at even strength, the lowest on the team and were severely outplayed

The Rangers are lead by a resurgent Rick Nash, who scored a shorthanded goal assisted by Ryan McDonagh who returned from injury in time for Friday's matinee. Martin St. Louis also netted a goal and an assist, picking up his 1000th point in the process. Young center Derek Stepan picked up assists on all 3 goals in the 3-0, 26 save shutout for Cam Talbot.

This will be the 3rd meeting between the two teams, but just the first time with Henrik Lundqvist between the pipes.