Schenn out 2 weeks with upper-body injury 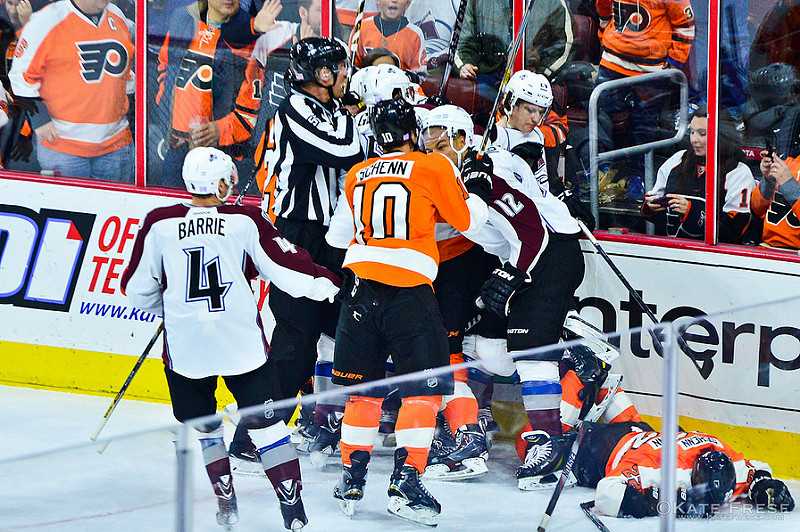 At 19:07 of the first period, Luke Schenn was taken into the boards by Nathan MacKinnon, resulting in a five-minute boarding major.

Avalanche head coach Patrick Roy was furious with the call, as Schenn appeared to lose his footing before going into the boards. MacKinnon was not given a match penalty because the injury was not to Schenn's head but to his shoulder.

Schenn left the game and did not return, forcing the Flyers to play the remainder of their 4-3 win over Colorado with five defensemen.

The Flyers do have Carlo Colaiacovo, who was a healthy scratch on Saturday, ready to play in Schenn's absence. The Flyers have five games over the next two weeks and are off for five days before hosting Columbus on Friday.

Schenn scored his first goal of the season in Tuesday's win over the Oilers and also has one assist for two points in 14 games.