Eagles Flyers Phillies Sixers About Us Write For Us
Phillies 'poking around' on Veteran Pitcher, Aaron Harang
Dom Brown back to RF? 'Certainly a possibility' - Amaro 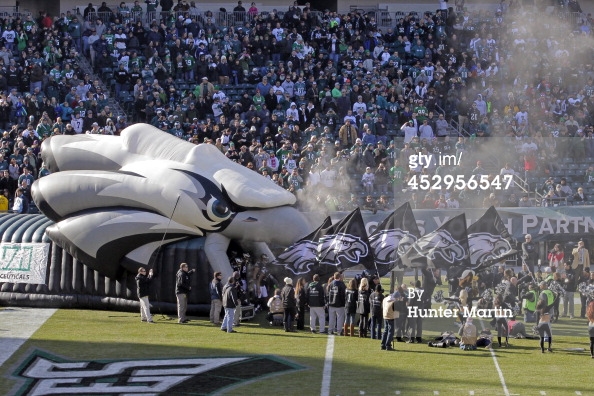 According to ESPN's Chris Mortensen, the Philadephia Eagles have fired Tom Gamble, VP of Player Personnel.

Just last winter, Gamble re-joined the Eagles after spending eight seasons with the San Francisco 49ers prior. He entered the NFL in 1988 as a player personnel assistant with the Eagles, and eventually transitioned into roles of college scouting administrator, area scout, contract negotiator and the team director of pro scouting before leaving in 1994.

Gamble’s extensive NFL resume includes work in both college and pro scouting, contract negotiations and a stint in the coaching ranks. During his time in the league, Gamble has helped produce 11 playoff teams, including five with Indianapolis, four with Philadelphia and two with San Francisco. - PhiladelphiaEagles.com

Eagles general manager Howie Roseman, who Gamble reported to in his new role with the team, commented the following:

"We thank Tom for his service over the past two seasons and wish him and his family the best as they move forward. I appreciate all Tom has done for our scouting department and our team.”

Jeff McLane of the Philadelphia Inquirer reports of a new shift in power within the organization due to Gamble's departure:

The #Eagles' balance of power over player acquisition shifts back to Howie Roseman. Chip Kelly was given last offseason and team regressed.