Eagles Flyers Phillies Sixers About Us Write For Us
Dom Brown back to RF? 'Certainly a possibility' - Amaro
Unless the Phillies Acquire Someone, Domonic Brown Should Play 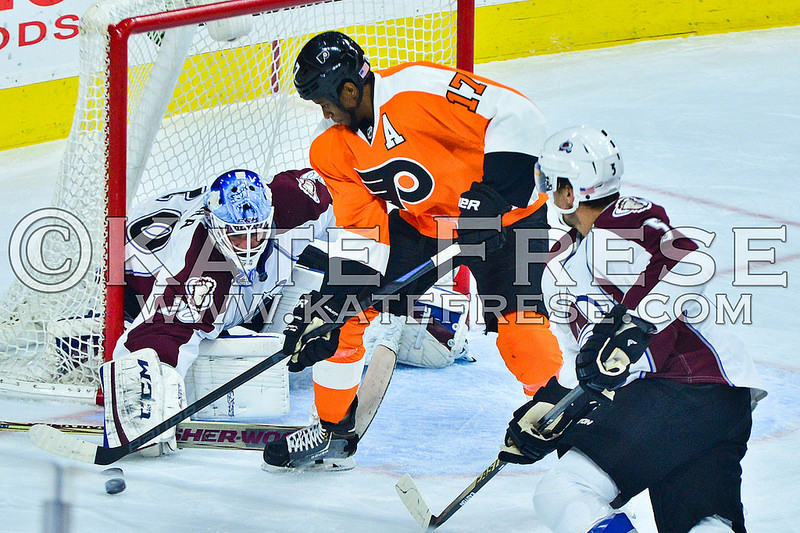 The Philadelphia Flyers (14-16-6) look to end their two game losing streak tonight as they take on the Colorado Avalanche(13-15-8) in Denver. This is the second and final meeting of the season between the two.  Game time is 9:00.

Tonight marks the sixth game of an eight game road trip for the Flyers. They started off with comeback wins in both Toronto and Winnipeg. They then defeated Minnesota in a game they never trailed before dropping back to back regulation games to Nashville and Arizona.

The Flyers were once again done in by poor penalty killing in the loss in Nashville. The Predators scored three power play goals and an empty netter in their 4-1 win.  In Arizona on Monday, the Flyers could not get through the tight checking of the Coyotes.

Steve Mason made his return on Monday after missing the first four games of the trip. He figures to get the start tonight. Mason looked solid in his return. The first goal he allowed was on a deflection. On the second goal, he made the initial save but the rebound sat in the crease and was slammed home.

The Arizona game also marked the first time this season Jake Voracek was shutout in consecutive games. Despite not scoring in back to back games, Vorcacek still holds a three point lead in the scoring race.

The Sean Couturier line has been much better of late at providing secondary scoring. They got the team going in Toronto after the Flyers fell behind 2-0 early and R.J. Umberger scored both goals against the Coyotes.  They will look to keep rolling tonight.

Colorado has been one of the bigger disappointments this season. A year after making the playoffs, the Avalanche find themselves in last place in the Central Division.

All three netminders have seen action in at least 10 games so far. Semyon Varlamov has started 17 games going 5-7-5 with a .913 save percentage, a 3.01 goals against average with 2 shutouts. He figures to get the start tonight.

If there has been a bright spot for Colorado this season it has to be the play of back up goaltender Calvin Pickard. Pickard actually has better numbers than Varlamov. He is 6-6-2 with a .932 save percentage and a 2.21 goals against in 14 appearances (11 starts).

Where to Watch
TV: CSN Philly
Radio: 97.5 The Fanatic