Eagles Flyers Phillies Sixers About Us Write For Us
Sixers to Unveil New Mascot on February 10th
Sixers Get Huge Moral Victory in Tough Actual Loss to Streaking Hawks. 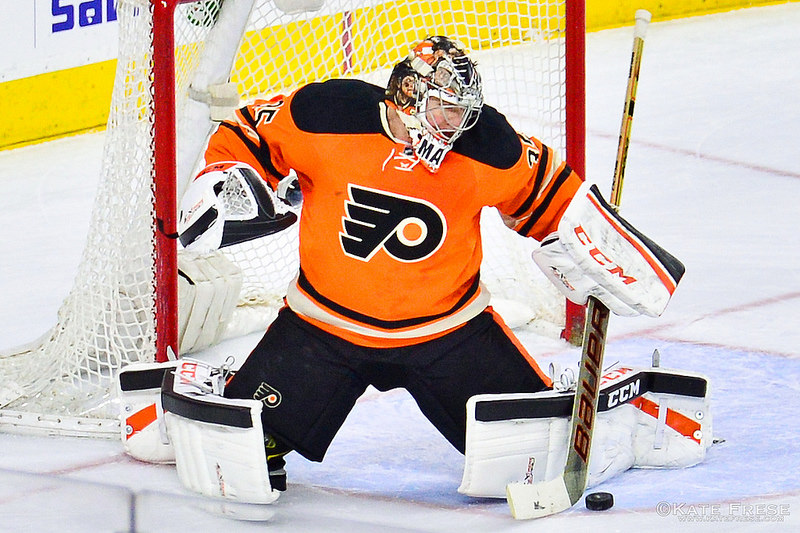 Michael Del Zotto scored his fifth of the season. The Flyers killed a late penalty in the third. Steve Mason made 30 saves and the Flyers won their fourth consecutive game as they defeated the Toronto  Maple Leafs 1-0 Saturday night at the Wells Fargo Center.

After a sluggish first two minutes of play, the Flyers and Leafs began to open it up. Michael Del Zotto opened the scoring at 4:05 with his fifth of the season.

Del Zotto took a pass in traffic from Petr Straka and beat Toronto goalie James Riemer high to the glove side for a 1-0 Flyers lead. Wayne Simmonds picked up the secondary assist on the play. The goal extended Del Zotto's point streak to six games.

Less than a minute later the Flyers found themselves on the power play. The first unit never got set up. The second group came within half the diameter of the puck to making it 2-0 but Riemer got his glove down to stop it.

Toronto would have the better of the play for most of the rest of the period. Steve Mason made two or three ten bell saves to keep it 1-0 at the end of the first. In all, Mason stopped 12 Leaf shots in the period.

It was a very slow second period. Neither team was able to generate much. The Flyers had the only man advantage of the period as Phil Kessel went off for cross checking.

Much like in the first period, the Flyers top power play unit could not generate anything. Vincent Lecavalier had the best chance for the Flyers as he rang the crossbar.

Peter Holland had the best chance of the period while shorthanded. He found himself all alone in the slot and fired a wrist shot that Mason stopped with the pad.

Toronto out shot the Flyers 8-5 in the period and held a 20-13 edge for the game but the game remained 1-0 after two.

The Flyers continued to struggle with Toronto's checking. They were out shot 10-5 in the final period but Mason was again perfect.

Toronto had a late chance to tie it as Jakub Voracek was called for tripping at 16:29. The Leafs were unable to get one home.

The Flyers were 0-2 on the power play while Toronto was 0-1. The Flyers are now off until next Thursday when they host the New York Islanders.