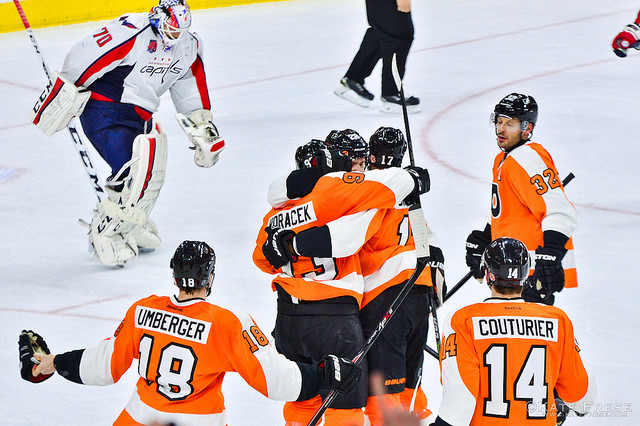 The Flyers last trip to the ice couldn't have gone any better from an offensive standpoint. A 7-3 win gave the Flyers a winning record in the four straight home games they had following an eight-game road trip.

One of those wins came against Wednesday night's opponent. The Flyers make a brief trip away from home to face the Washington Capitals at Verizon Center. The opening face-off is set for 8 p.m.

The Flyers have won three of their last four games after dropping five straight to close the road trip.

The lineup remains the same with one exception. With Braydon Coburn out for four weeks with a lower-body injury, Carlo Colaiacovo returns to the lineup for the first time since Nov. 19.

Rob Zepp is back in goal for the Flyers for the second straight game. Zepp made 21 saves in Monday's win against Tampa Bay. He has a 2-0-0 record with a 3.00 GAA and .885 save percentage in two starts this season.

The Capitals are a red hot team at the moment with wins in seven of their last 10 games. Washington has also won four of the last five games. Their only loss came last Thursday in overtime to the Flyers.

Backstrom leads the Capitals with 42 points including a team-leading 29 assists. Alex Ovechkin leads Washington with 22 goals on the season.

Marcus Johansson and Eric Fehr are also dangerous forwards for the Capitals.

Defensively, John Carlson and Mike Green pace the Capitals offensively – Carlson has 31 points, third on the team. Matt Niskanen and Brooks Orpik are also key players on the blue line.