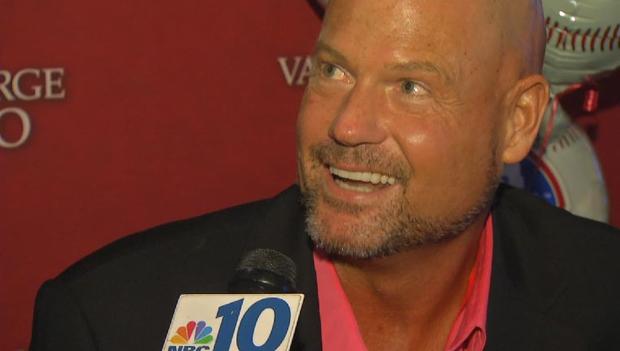 There is fantastic news coming from the Phillies organization today!

CSN's John Clark broke the news this evening through Twitter, announcing that Daulton, 53, has been cleared of brain cancer after an MRI test. Daulton, who played for the Phillies majority of his career (1985-1997), was diagnosed with two glioma tumors in July of 2013. After surgery the cancer was still residing, but that cancer is now gone.

This is such great news for everybody and it's a great story of strength and devotion to defeating a terrible disease. We can only hope and pray that the cancer stays away and Dutch can go on living a long healthy life.

To learn more about cancer and what you can do to get involved, visit StandUpToCancer.org.