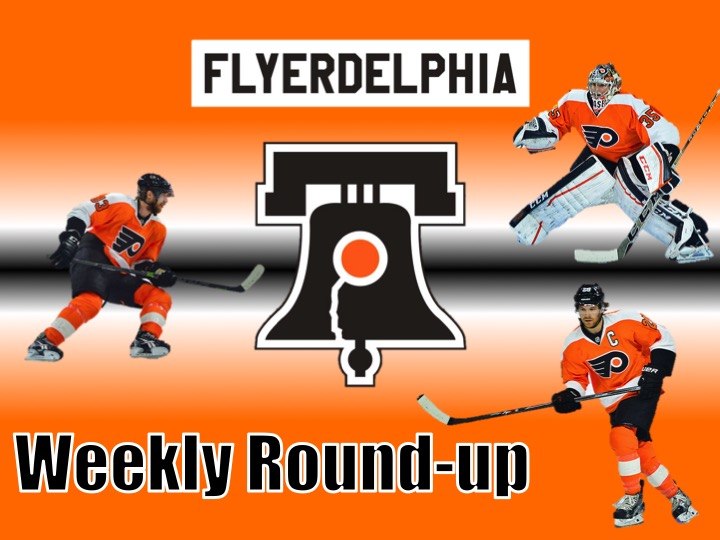 Every week, you can catch up on all of our stories on Flyerdelphia in our weekly round-up. Here is this week's content from February 14 to 20.

Forward Scott Laughton was sent down to the Lehigh Valley Phantoms as Michael Raffl became set to return to the Flyers lineup. Kevin Durso had the story – Laughton sent to AHL, Raffl ready to return

Michael Raffl scored on a wrap-around in the third period to give the Flyers a 2-1 win over the Buffalo Sabres. Kevin Durso provided game coverage – Raffl's late goal lifts Flyers past Sabres

In his postgame analysis, Kevin also highlighted that in an ugly win, the Flyers remained upbeat as they closed in on the final playoff spot – Postgame Perspective: Flyers remain upbeat after ugly win

Bill Minchin takes you Around the NHL, looking at a big trade for the Nashville Predators and the untimely death of Steve Montador – Around the NHL: Franson, Santorelli to Nashville, Montador

Dain also had the story as Kimmo Timonen returned to Flyers practice and a possible timeline for his return – Breaking news: Kimmo Timonen skates with team, looks to return in 7 to 10 days

In his weekly column, Kevin Durso focused on the struggles of the top line, stating a resurgence was needed – Flyers top line needs to make triumphant return

Bill Minchin hosted another edition of Flyers Trivia with another Who Am I question – Flyers Trivia: Who Am I?

Following the ceremony, the Flyers fell in a shootout to the lowly Sabres, 3-2. Kevin provided game coverage – Flyers fall to Sabres in shootout

Kevin Durso presented his postgame analysis from Thursday night's loss, looking back at the struggles the Flyers had over the previous four games – Postgame Perspective: Shootout loss to league's worst ends frustrating stretch