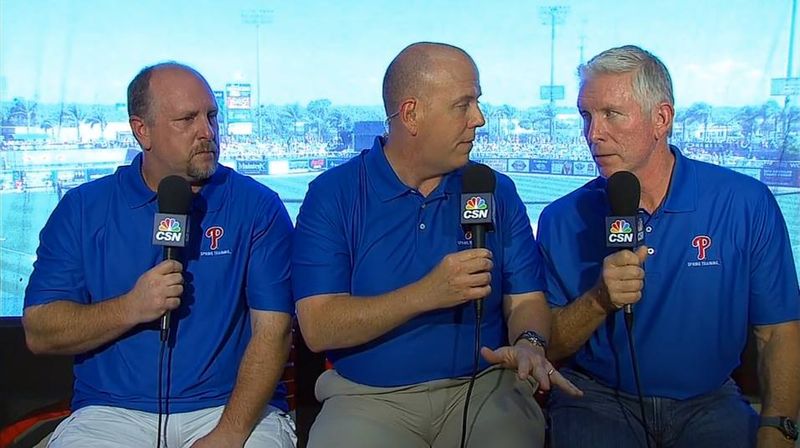 By the looks of it, the Phillies' 2015 season already seems to be a washout. In fact, baseball prospectus predicts that they will finish the season with the worst record in baseball and also predict that they will win just a measly 69 games. With spring training within a few days and Opening Day a few months away, the team have doubters and some who still believe that if the cards fall into place they could possibly find their way to the playoffs.

Phillies Hall of Fame third baseman Mike Schmidt spoke with 97.5 FM's Mike Missanelli about the team and put his two cents in on how they're predicted to be the worst team in baseball.

"I think a lot of things have to break right. Obviously Cole has to have a great year and be on our team. Cliff Lee has to be healthy and be on the mound every fifth day. It would be nice if Billingsley came here with his elbowed here and in the rotation. There's probably 3-4 guys vying for the rest of the rotation spots. We have a really nice bullpen. A lot of times a bullpen really can make your team and we have a reallynice bullpen, there.

Even with the addition of Chad Billingsley and Aaron Harang, the Phillies will need to find a arm to fill that fifth spot. David Buchanan, Ethan Martin, Jerome Williams, and Jonathan Pettibone are more than likely the candidates for spots in the rotation. Whatever way you put it, the Phillies have an experienced staff of arms with a good mix of youth that is open to learning from the vets.

Schmidt also believes that this group of guys won't be cellar dwellers even with their old age.

The National League has gotten better over the past five years and to put the facts together, the Phillies will need to play good baseball and stay healthy for majority of the season if they want to think about a winning season.

Schmidt went on to talk about his approach this coming spring training and how important the mindset of the players will contribute to how they play the regular season.

The Phillies have a lot of work to do this season. The most of their trouble comes at the plate. After striking out 1,036 times last season, the approach at the plate is important. Schmidt, who is an instructor and coach down in spring training, went on tosay that he is planning to focus on working the count and being smart when they're up at the plate.

"You have to understand how to work the count .. Probably the biggest thing of all is getting our guys to be more aggressive early in at bats and in a fast ball count. The goal of our hitters should be to get into a fastball count. I've always said there are no good breaking ball hitters in the hall of fame. Everyone in the hall of fame started out and they were great fastball hitters. That's what we want to hit."

2015 is going to be a serious test for the future of this team. With all arrows pointing towards yet another disappointing season, this team will need to play hard and have a new mindset if they want to aim towards a successful 2015