Eagles Flyers Phillies Sixers About Us Write For Us
Phillies debut 'a surreal moment' for Zach Eflin
Between the Pipes-03/31/15: No fooling, the Flyers are rebuilding; Voracek in scoring race

Around the NHL: NHL awards race 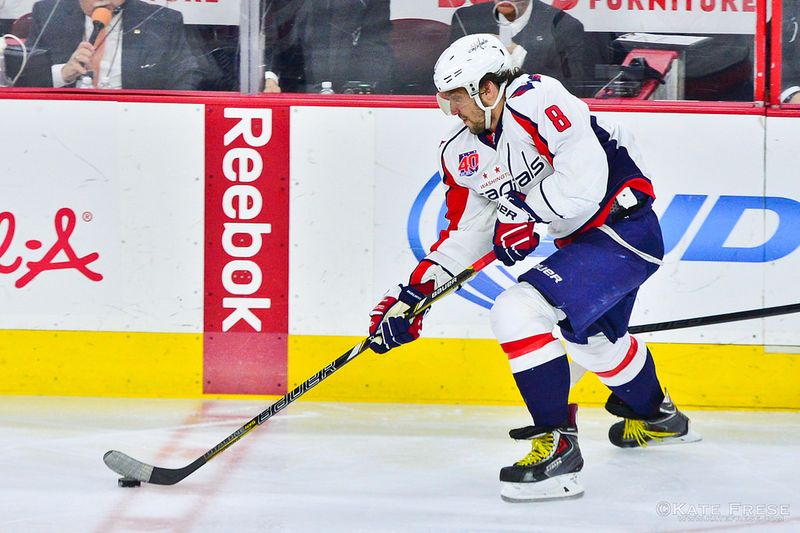 With about ten days left on the 2014-15 regular season, I wanted to take a look at the NHL Awards race. Today we will look at nine individual awards, the Hart, Vezina, Selke, Calder, Norris, Lindsay, Adams, Richard and Ross Trophies. Players will tell you the only trophy they want is the big silver cup but winning an individual award is quite an accomplishment.

The Maurice "Rocket" Richard Trophy is given to the player with the most goals on the season. Early on it was a tight race as Rick Nash, Tyler Seguin and a few other were neck and neck heading into the All Star break. Since the break it has been pretty clear, Alexander Ovechkin is going to win it.

The Capitals captain looks to be the only player that will reach the 50 goal mark this season and will win his fifth Richard trophy.

The rookie of the year award. This award is a two horse race. Nashville's Filip Forsberg was the front runner for most of the year. As the Predators struggled over the last month or so, Forsberg was joined in the discussion by Calgary's Johnny Gaudreau. Gaudreau has had a very strong second half of the year and is one of the main reasons why the Flames can almost the postseason.

This is a pick 'em. Both players have been outstanding this year. I will give the nod to Gaudreau.

In the end, I think Weber gets his first Norris.

This award is given to the best defensive forward in the league. The favorite is probably Patrice Bergeron of the Boston Bruins. Blackhawks captain Jonathan Toews will also be in the discussion. This award is also very hard to predict at times.

Patrice Bergeron will most likely capture his third award and is very deserving of it. Bergeron plays against the top competition of the opponents and is still an offensive threat for the Bruins.

The Jack Adams coach of the year award will be interesting this season. It's very easy to look at the teams at the top of standings and say these are your coaches who should be finalists. While the likes of Peter Laviolette, Bruce Boudreau and Michel Therrien are deserving finalists, the winner could come from a team who has dealt with some adversity and yet still found ways to win.

Guys like Bob Hartley in Calgary, Paul Maurice in Winnipeg and Claude Julien in Boston are sound nominees. Each has dealt with injuries, trades or disgruntled players and yet have kept their teams in the hunt all year.

My prediction is one of those sleepers and will probably be wrong but I am going with Hartley. The Flames are a very young team and could have fallen out of the picture when captain Mark Giordano was lost for the season just after the All Star break. Hartley has kept the Flames focused and poised for a postseason appearance.

The scoring title is anyone's guess. There are about five or six players separated by four points. If any one player has a torrid end the will win it. Pittsburgh's Sidney Crosby has been on a hot streak of late. John Tavares, Alexander Ovechkin and Jakub Voracek are all close. Jamie Benn and Nicklas Backstrom can't be counted out either.

Good luck predicting a winner although I think it will once again be Crosby.

This should be and most likely will be a clean sweep by Montreal's Carey Price. Price has been outstanding. There really isn't anyone who should and in the end won't challenge the All Star goalie for any of these awards.

Possible candidates for an upset would be Pekka Rinne for the Vezina, and maybe John Tavares or Ovechkin for the Hart.

What are your thoughts for the NHL Awards? We would love to hear. Let us know here, Facebook or on Twitter.