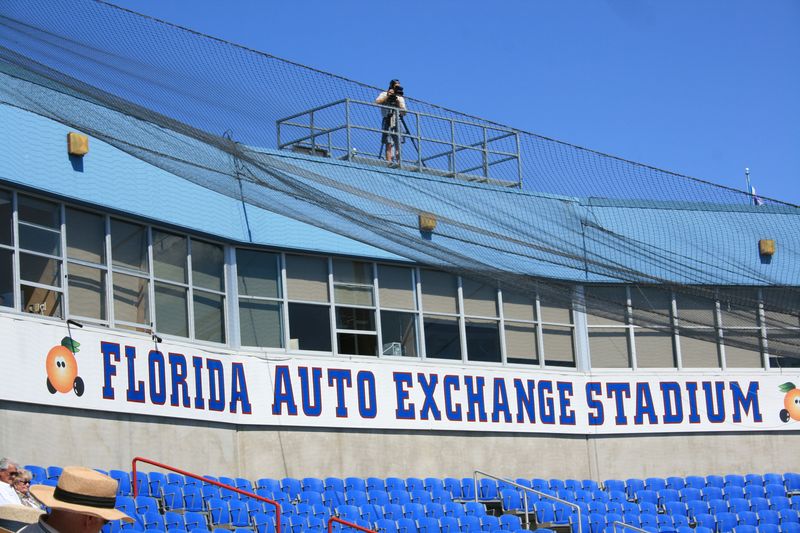 The equipment is getting packed up as the Phillies prepare to head back north to Philadelphia for this weekend's "On Deck" series.  The Phillies will make their last Spring Training road trip of the year as the team heads to nearby Dunedin to take on the Toronto Blue Jays.  Given the team's close proximity, the two teams frequently meet during Spring Training action.

The Phillies will face Aaron Sanchez once again, whom the team faced on Tuesday.  Though Cole Hamels pitched five days ago as well, he does not get the start today.  Hamels will likely get one more appearance before heading north to start on Monday the 6th, Opening Day against the Boston Red Sox.

Cesar Hernandez will get the start at third base as the Phillies get him used to other positions for his upcoming utility role.  Cameron Rupp starts at catcher and Andres Blanco at second base.  Starters Cody Asche, Chase Utley, and Carlos Ruiz have the day off.

Our final lineup in Dunedin for the year. (1:07pmET start) pic.twitter.com/vXgb0Rihmp