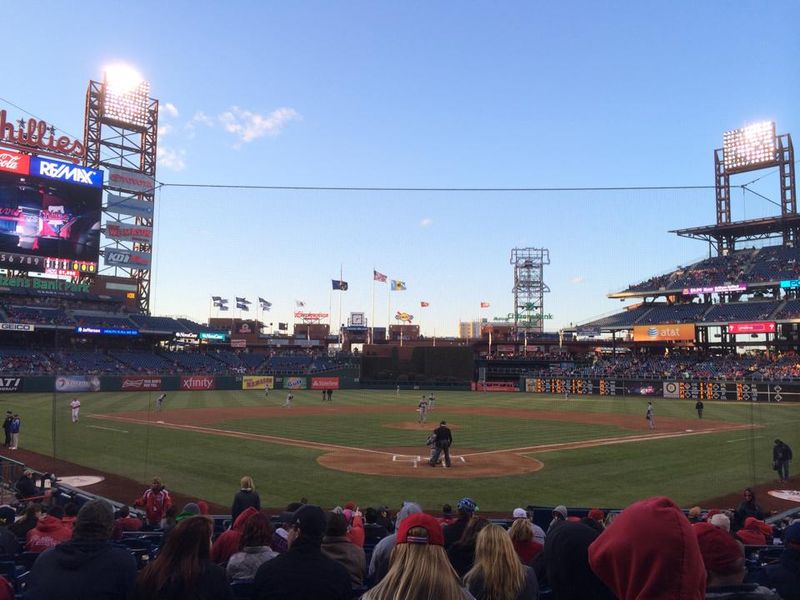 It’s a sign of the times. The Phillies just completed a six-game homestand against the Marlins and Braves that included a Thursday afternoon game and a weekend series.

The attendance only broke 25,000 once, on Sunday’s Phanatic’s birthday celebration, and even then, this annual tradition drew a much smaller crowd of 28,702. On Thursday, the new record-low in Citizens Bank Park history was set with a crowd of 17,097.

Remember way back in the glory days of 2008, right before the memorable playoff run that led to a World Series championship, when now former Phillie Jimmy Rollins said Philly fans were “frontrunners?” Crowds like the one on Thursday and over this weekend make you wonder, was he right?

So are Phillies fans really frontrunners or is this just a very knowledgeable group of die-hards that knows a good buy when they see it?

There were certainly many people who jumped on the bandwagon during the October runs of 2008, 2009 and beyond and stayed on for five division titles, two trips to the World Series and a 102-win season in 2011 before it all went south in a hurry. But certainly a sold-out ballpark isn’t the only indicator that fans take apathy toward this team.

To their credit, the Phillies fan base is ever present on social media. They are certainly keeping up with the games, remaining hopeful that maybe every once and a while, the Phillies will put it all together for one game and pull out a victory.

But they also don’t kid themselves either.

It usually doesn’t take long to identify the true fans from the frontrunners and bandwagon fans. If you don’t understand or seem surprised at how bad this team is across the board in every aspect, you are in denial or simply just too naïve to realize it.

That’s where the die-hards distinguish themselves. They are watching, they are hoping and when it all goes bad, as it has on many nights this season, they chalk it up and move on to the next one.

The team that used to keep 45,000 people on the edge of their seats for nine innings, leading or otherwise, always offering that stroke of hope, now plays host to seven-inning games, where usually, if the Phillies are down by, say, three runs, it’s already game over.

Which is why fans are choosing to check in at their own convenience. For many of them, going to the ballpark to watch a team that doesn’t offer hope or excitement isn’t worth the cost it brings.

Two tickets to a game will usually cost anywhere from $25 to $35 depending on where they are purchases and the seat location. Whether it’s paying for parking or a fee for transportation, that’s also an additional cost. Parking prices were raised to $20 this season.

Now that you’re in the ballpark, food and merchandise is additional cost as well. For two people to eat at the ballpark, it will probably cost another $20, and that’s not including alcoholic beverages, which are sure to be a popular choice during this season in particular.

When you add it all up, it is a nearly $75 to $100 night for just two people to attend a game. Is it really worth it to throw that kind of money away on a team that consistently frustrated and has no chance of making anything of themselves this season?

And don’t forget, the two demographics that appeal to professional teams the most, especially in baseball, are families and young adults ranging from ages 18 to 30. Usually anyone older than that turns a trip to the ballpark into a family outing.

Even then, you’re asking families who may not have a lot of income or young adults who may only be students to pay that kind of money on a horrendous product. In years past, even as the run of playoff appearances ended, it still seemed like a good buy. Now, it’s just frustrating.

Most fans are probably acknowledging that and staying home to watch for free from the comforts of their living rooms.

That doesn’t define anyone as a frontrunner. The die-hard may not be in their seats, especially when the weather isn’t perfect or the situation just doesn’t work to cover the costs of attending a game in 2015, but they are watching. That counts for something, even if some new attendance records show otherwise.