Phillies use 4-run 7th to down Nationals 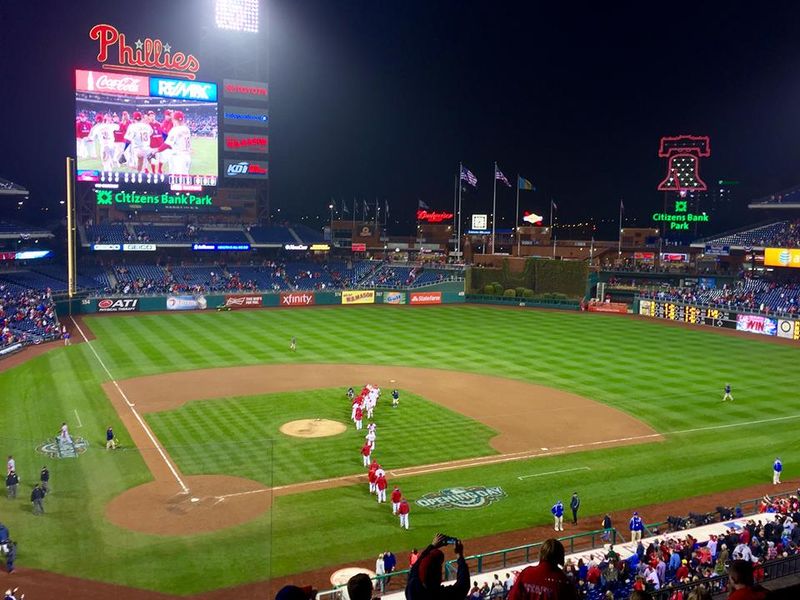 The Phillies finally got to Gio Gonzalez.

It took until the seventh inning for the Phillies to get one the board and erase a lead-off home run by the Nationals. But when the Phillies struck in the seventh, they made it count.

A four-run seventh by the Phillies turned the game in their favor in a 4-1 win over the Nationals on Friday night at Citizens Bank Park.

The Nationals wasted no time getting on the board, as Michael Taylor belted a 3-2 pitch from Jerome Williams down the left-field line for a lead-off home run in the first inning. Washington would strand runners at the corners in the first as well.

The Phillies managed three baserunners in the first with a single by Ben Revere and two walks, but failed to score. Revere was picked off of first while Chase Utley and Jeff Francoeur grounded into force outs.

Williams recovered nicely after a rough first inning. He finished with six innings pitched, allowing one run on five hits with one walk and six strikeouts. He threw 93 pitches, 60 for strikes.

Gonzalez was holding the Phillies at bay until the seventh. Through six innings, the Phillies had five hits and two walks, and two double plays had helped Gonzalez work around any trouble.

The Phillies loaded the bases off Gonzalez in the seventh with two walks by Grady Sizemore and Cameron Rupp and a hit-by-pitch to Andres Blanco. Gonzalez exited for left-hander Xavier Cedeno to face pinch-hitter Cesar Hernandez. On the first pitch, Hernandez singled to right field to drive in two runs and give the Phillies the lead.

After Revere was hit by a pitch to re-load the bases, Freddy Galvis picked up his third hit of the night to plate another run. Utley followed with a sacrifice fly to cap the four-run inning.

Gonzalez was charged with three runs in 6 1/3 innings, allowing five hits and four walks while striking out five. The fourth run of the inning was charged to Cedeno, who faced two batters without recording an out.

Ken Giles improved from his last outing, striking out two in a scoreless eighth inning despite allowing a two-out double.

Jonathan Papelbon finished off the game with a scoreless ninth for his second save of the season.

The Phillies return to the field on Saturday night for the second game of the three-game series against the Nationals. First pitch is scheduled for 7:05 p.m.