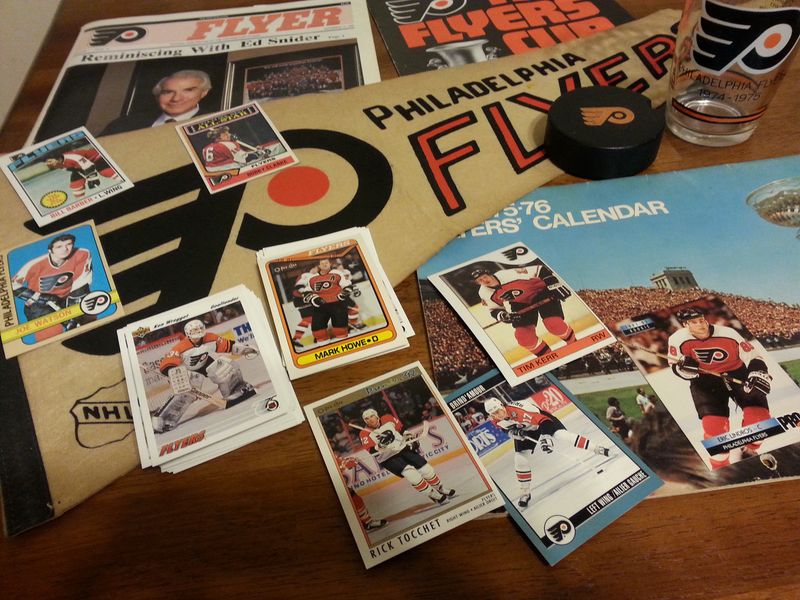 After the NHL expanded its league from six teams to twelve in the 1967-68 season, all six expansion teams were placed in the "West" Division. With the Flyers finishing first and the St. Louis Blues finishing third, they faced off in a Quarterfinal Round, best-of-seven series.

Although it took two days later than they hoped, the expansion Flyers would earn their first ever NHL playoff victory on April 6, 1968.

With a listless offense, the Flyers dropped their first ever playoff game on April 4. They were beaten, 1-0, as the Blues Hall-of-Fame goalie Glenn Hall had to stop just 14 shots en route to a shutout.

Two days later, the Flyers had their chance to redeem themselves and to tie the series at one.

This time, they fired 12 first-period shots at Hall, with three finding the back of the net. Just 1:32 into the game, Pat Hannigan scored the first playoff goal in Flyers’ history. After the Blues tied it on a Dickie Moore goal six minutes later, the Flyers struck twice at the end of the period. Goals by Don Blackburn and Claude Laforge in the last two minutes of the period gave the Flyers a 3-1 lead.

In the second period, the Blues battled back, scoring two goals within the first seven minutes. Don McKenney and Larry Keenan beat Flyers goalie Doug Favell to tie the game. Despite outshooting the Blues, 13-8 in the second, all that the Flyers had to show for it was a tie game heading into the third.

In the third, the Flyers regular-season team leader in goals, Leon Rochefort, broke the 3-3 tie with a goal at 6:51, assisted by Joe Watson and Bill Sutherland. As the Flyers kept peppering the Blues with 16 third-period shots, they were able to hang on to the 4-3 lead and earn themselves their first ever NHL Playoff victory.

The series was a battle and went the full seven games, with the Flyers falling short in a Game 7 on home ice 12 days later. It would be the beginning of a rivalry with the Blues that would end up changing the face of hockey in the mid-70’s, with the birth of the Broad Street Bullies.