Eagles Flyers Phillies Sixers About Us Write For Us
Between the Pipes-04/07/2015-Flyers host Isles as the season winds down
Flyers play host to Tavares, Islanders 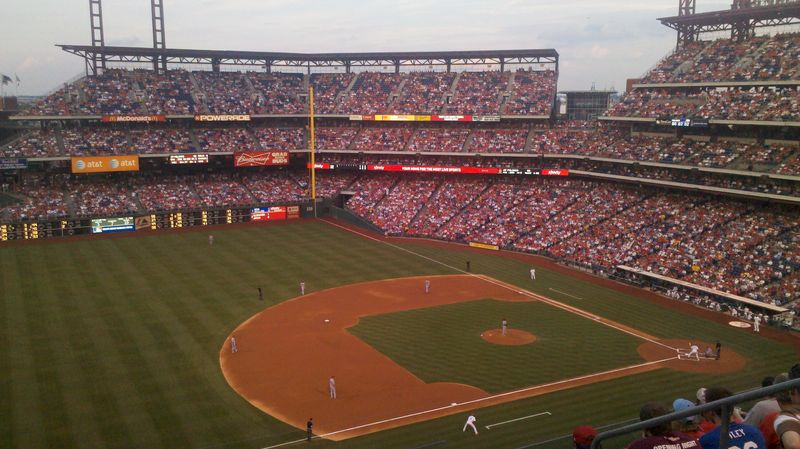 From professional handicapper to casual fan, the overwhelming consensus among pro sports prognosticators is that the Phillies are going to stink this year.  Of course, the same was said about the 1993 Phils team, which defiantly over achieved despite even heavier odds stacked against it.

Cole Hamels, Chase Utley, and a promising band of young bullpen arms are the reliable ones of the group (Opening Day notwithstanding).  And maybe that's a strong enough base to keep this Jenga tower standing long enough to pull off a miracle.

The Royals won 86 games in 2013 with an eerily similar rotation to the Phils' current unit.  They batted just .260 as a team, and no one in KC blue hit more than 20 home runs that year.

There are precedents for hope-- though, Vegas might disagree.

The Phillies currently have, by far, the longest odds to win the World Series, set at 500-1, according to Vegasinsider.com.  Considering the growth of parity in today's game, this number seems profound.

Despite my optimistic disposition, and earnest hope that our Fightin' Phils can at least make things interesting this season, I thought it might be fun to see what, statistically, is more likely to occur this season than a parade down Broad Street...

I don't know if this makes me feel better or worse.

But I'm counting on a miracle.

And I'm 53 percent serious as a heart attack.