Eagles Flyers Phillies Sixers About Us Write For Us
Flying High or Fading Fast? The Philadelphia Eagles with the most to gain/lose this summer?
Forget the Boston Red Sox: the latest Cole Hamels Phillies trade news is about other teams 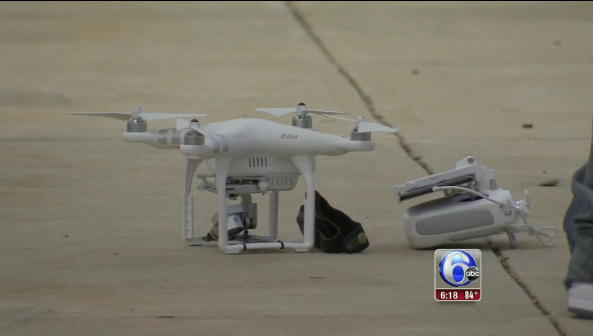 Drones are becoming more and more commonplace.  For the shopper looking to acquire one, the prices are pretty much within reach of the regular person; a drone can be purchased for as little as $50.00.  One man appears to have decided to use a drone to take pictures of the Phillies game on Sunday afternoon.  That idea went horribly wrong.

CBS Philly reports that the man flying the drone was immediately arrested:

Around the 6th inning, security officials noticed and notified police, who quickly apprehended the man.

Director of Security for the Phillies Sal DeAngelis says there is a national law against flying anything near the ballpark:

“You can’t fly anything over a stadium lower than 3,000 feet or within three nautical miles and that’s been in place since 9/11.”

Police then turned the investigation over to the FAA.

6ABC reported that it was Eagles security who actually apprehended the man, who was operating the drone from outside the stadium.   The man cooperated with security and police, according to the report.  The man also had a gun on him, but it was legally registered.

Of course, our pal Joe had plenty of fun with the situation on Twitter:

If that drone had crashed into the ballpark the good thing is there's a 95% chance it wouldn't have hit a fan... #Phillies