Eagles Flyers Phillies Sixers About Us Write For Us
Previous month:
April 2015
Next month:
June 2015

Afternoon delight: Phillies and Rockies face off in South Philadelphia for Saturday matinee

For a good while yesterday, it looked like the Phillies were going to be no-hit by Rockies starter Chad Bettis.   The rookie Bettis got all the way into the eighth inning before a questionable defensive alignment - a shift against left fielder Cody Asche - led to a single right to the shortstop's usual position.   The Phillies bats hope to show up a little bit today as they take on Jorge De La Rosa.

Some Phillies Roster and Trade Notes 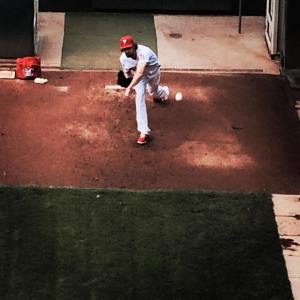 Yes, there have been three big Phillies stories in the past 24 hours- J.P. Crawford to Reading, Cody Asche back to play left-field, and Grady Sizemore DFA'ed. You've heard about those by now probably though, and so I won't bore you too much with those. Here's a few other notes for you to ponder:

Just a few days after ESPN's Keith Law ranked Phillies top prospect J.P. Crawford as the #4 overall in baseball, the 20-year-old shortstop has been promoted to Double-A Reading to join the likes of Roman Quinn, Aaron Nola, Zach Eflin, Tom Windle, Ben Lively and others. 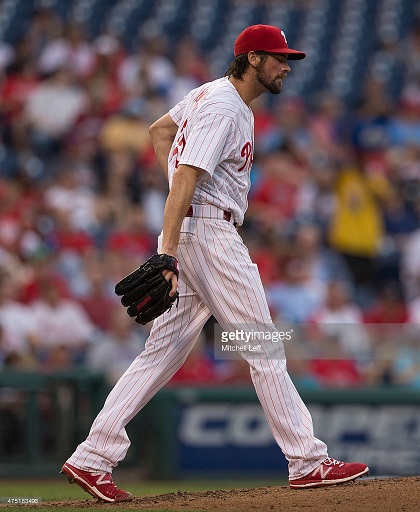 Philadelphia, PA - Five years after Roy Halladay fired a perfect game for the Phillies, the home team was looking at a similar fate for much of the night.

Chad Bettis had it all working tonight against the Phillies. The line up itself is about as good of a line up as the team has rolled out this season and while that isn't saying much, nobody was expecting Bettis to flirt with perfection. Through six innings they were kept off the bases. An error by Troy Tulowtizki in the 7th, cost the perfecto but left the no-hitter intact. Cody Asche finally broke it up in the 8th and Carlos Ruiz would single as well. Darin Ruf would be called out on a check swing which would eventually lead to dramatics in the bottom of the inning that would send Ryne Sandberg to the showers ahead of everyone. The Phillies would plate one on an error in the 9th but it wasn't their night at the plate.

Cole Hamels really could not have pitched much better than he did tonight. He did allow two solo blasts from Tulowitzki but was in as good of a mode as he's been in lately. He would pitch eight strong innings, just allowing the two runs and striking out nine. Ben Paulsen who was a defensive replacement would open up the lead in the 8th with a two run blast off Luis Garcia to make it 4-0 which was plenty for the Rockies heading into the 9th. 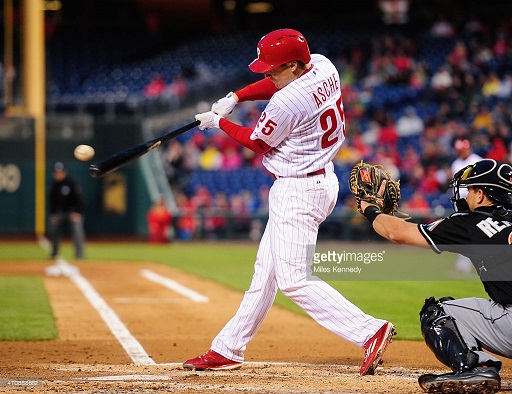 After a 15 game spell in Triple-A where he hit .295/.358/.393 while learning what life is like in left field, Cody Asche returns to Philadelphia along with the Phillies who are looking to reverse their misfortunes on the road in the series opener vs. the Rockies.

Colorado's Chad Bettis is coming off a really strong start against San Francisco last Sunday where he pitched into the 9th inning, allowing two runs and striking out seven. The Phillies faced Bettis last week in Colorado where he hurled a quality start in a game they would eventually lose late.

Cole Hamels is coming off a gem and the last Phillies win from last Saturday where he pitched eight innings of one run ball against Stephen Strasburg and the Nationals.

OF Grady Sizemore has been designated for assignment to make room for @cody_smasche on the 25-man roster.

The Phillies have 10 days to decide what to do with his contract.  They can trade Sizemore, assign him to AAA (which he can reject and become a free agent), or outright release Sizemore.

Speaking of Brown, there is no stated timetable as to when he would return.

Following their 5-2 loss to Quebec on Thursday, Samuel Morin and the Rimouski Océanic have been formally eliminated from Memorial Cup play at the hands of the Quebec Remparts.

The Océanic went winless in all three round-robin games that they played in, and Samuel Morin ends his campaign with one goal, no assists, seven penalty minutes and a minus-4 rating. 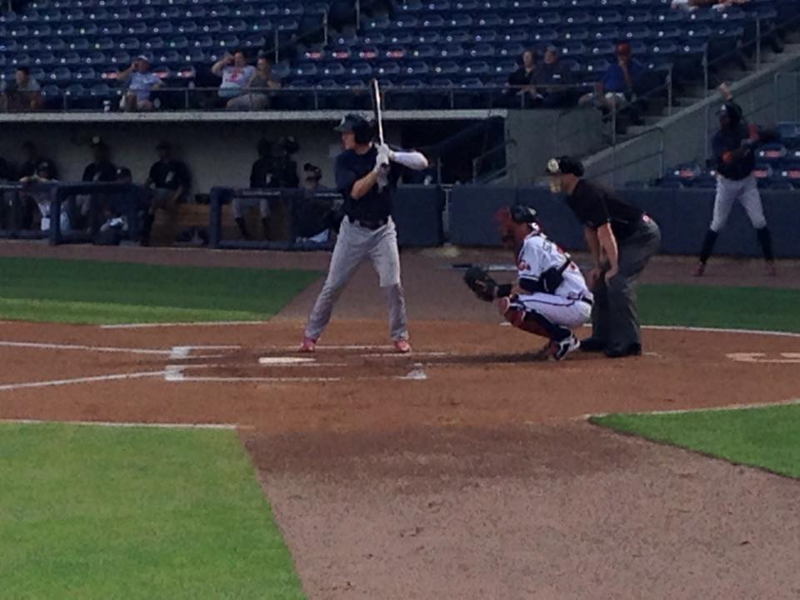 It seems that 15 games in left field with Triple-A Lehigh Valley have been enough to convince the Phillies that Cody Asche is ready to make his return to the big league club. On Friday morning, the team announced that Asche would be promoted to Philadelphia with a corresponding roster move to follow later in the day. In 15 games with Lehigh Valley, Asche hit .295 with three doubles, a home run and three RBI's.

LF Cody Asche has been recalled from @IronPigs. A corresponding roster move will be made before tonight's 7:05 game vs. COL.

Asche's return to the Phillies makes the outfield picture a little more interesting. With Odubel Herrera continuing to struggle, we could see Ben Revere return to his center field role more often with an occasional start in right. It doesn't look as if Grady Sizemore or Jeff Francoeur are going anywhere either. This, of course, leaves one less spot for Darin Ruf to occupy, meaning that he will likely just be used to fill in for Ryan Howard and pinch-hit duties. During his 15 games in Triple-A, Asche had one error and 23 putouts in left field to go along with a .958 fielding percentage and a 1.53 range factor per game. The range factor is Asche's putouts added with his number of assists divided into games played.

In terms of the corresponding roster move, the Phillies could go a few ways. Both Jake Diekman and Justin De Fratus have struggled enough to warrant a trip to the minors. It seems unlikely that the Phillies will move any of their bench players at this point, but we will have to wait and see who they send down before tonight's game at home against the Rockies.

Jay Glazer Goes Off On LeSean McCoy in Twitter Rant

Yesterday, Philadelphia Eagles head coach Chip Kelly responded to LeSean McCoy's accusation that Kelly got rid of all the good black players. Apparently this struck a nerve with Jay Glazer.

Jay Glazer is a man of many talents. He is an NFL reporter extraordinaire, who rivals Adam Schefter as the go to source for breaking news in the NFL. He is also heavily involved with MMA, and along with MMA legend Randy Couture, has developed MMAthletics, which is "a full time training camp designed solely for professional athletes."

Philadelphia Eagles own Lane Johnson went through the program this offseason, and is in the best shape of his life as a result.

Around the NHL: Bylsma to Buffalo, DeBoer and more

The Buffalo Sabres are team with loads of young talent who figure to add Jack Eichel to the pool at this year's draft. After firing Ted Nolan this offseason, the Sabres needed a coach to lead all the young players. Thursday afternoon they announced they have that coach as Dan Bylsma was introduced as the 17th head coach in franchise history.

Continue reading "Around the NHL: Bylsma to Buffalo, DeBoer and more" »