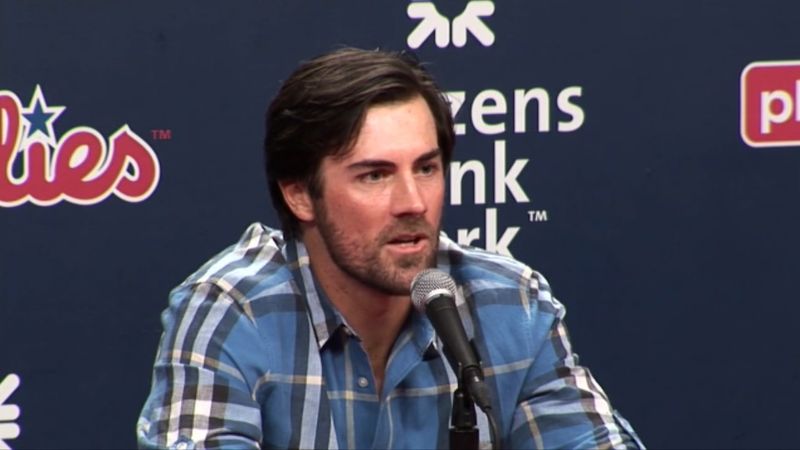 Cole Hamels got stuck in traffic on his way to Citizens Bank Park, but he made it to his 2:00 press conference eventually.  Here are some of the highlights from Hamels' press conference as captured by various people in the media:

Hamels: "A lot of us were not from Philly. We really grasped that when we took it down Broad Street. How much it meant. Special."

Hamels: "Im excited to start the new chapter of my baseball life."

Hamels on trade vetoes: It's difficult. You don't want to say no to anybody. But we had criteria about what's best for baseball & my family.

Hamels on No-Hitter: I can't thank those guys (teammates) enough. We're always gonna have that special bond, we'll always have that moment.

Hamels believes they have a chance in Texas. Pointed to coming from behind to win in Philly.