Why do NHL Save Percentages keep Rising? 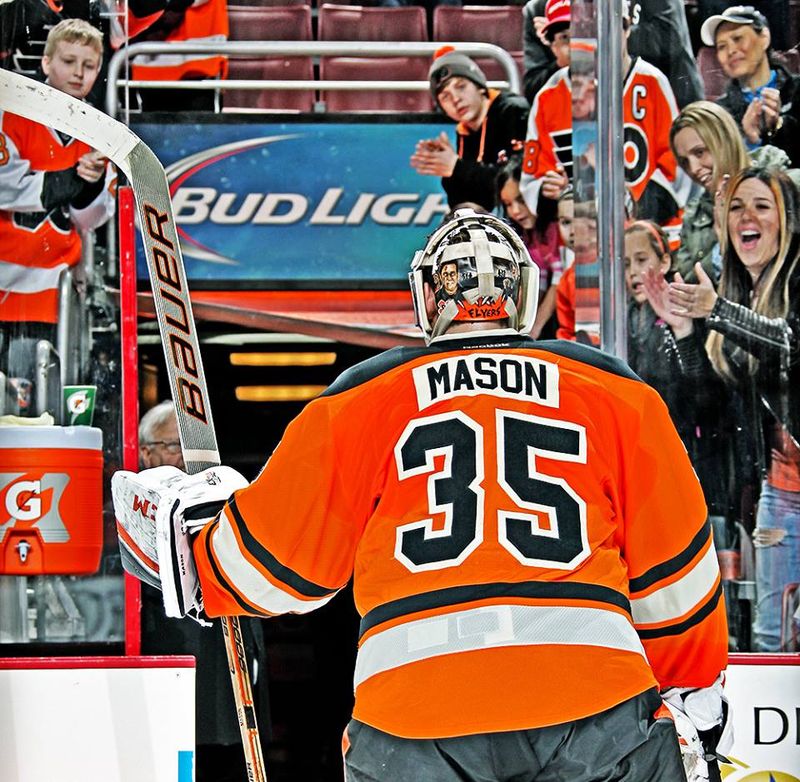 It was not all that long ago when an National Hockey League goaltender with a save percentage above 90 percent was considered to have an above-average season. In more recent years, that has crept up beyond 91 percent and 92 percent is now increasingly used as a benchmark by NHL teams.

The evolution has been extraordinary. If you go back to the time period of the mid-1980s to 1992-93, a save percentage in the neighborhood of 90 percent and a goals against average around 3.00 would make a goalie a Vezina Trophy candidate.

Today's NHL game is much more highly structured than it was in the past. That means less skating room, fewer prime scoring chances and a large-scale decrease in east-west play in favor of a north-south forecheck and back-pressure game. Goaltenders have gotten bigger and bigger, and better athletes are recruited for the position than in the past.

A year ago, I authored an article for IIHF.com  looking at how much bigger the average pro goaltender is today compared to even 20 years ago. A host of now-retired goaltenders contributed their thoughts to the evolution of their craft, including former Flyers players Brian Boucher, John Vanbiesbrouck, Robert Esche, Neil Little and Maxime Ouellet.

"I believe we have entered into the era of the blocking goalie, not the saving goalie. Not that it's a bad thing, but I think it makes [the] point about size," said Vanbiesbrouck, a former Vezina Trophy winner.

Boucher, who played in the NHL for five clubs, sees the evolution somewhat differently that his former teammate Vanbiesbrouck.

"You can't tell me that someone like [six-foot-five Pekka] Rinne is just a blocker," said Boucher. "He is an incredible athlete. So are a lot of the other big goalies out there these days. If there's a really good big guy and a good small guy, I am going to take the big guy. Goaltending has evolved to such a high point in the last few decades that I don't know how much more it can be perfected. That doesn’t mean there aren’t still some excellent goalies who are average size or smaller-than-average. But those guys really have to stand out."

In today's NHL, most teams roll all four lines at even strength and making safe plays is often valued above making creative ones. Then there is the big emphasis on puck possession and the advanced-stats driven belief that any shot attempt is a positive event for the attacking team and a negative one for the defending club.

Last year, Sportsnet's Chris Boyle did some research that suggested that the higher the volume of credited shots a goaltender faced in a given game, the higher his save percentage for that game was likely to be. The same would also hold true when looking at save percentages over multiple games.

Part of the explanation for this finding is related to the fact that some of the games in which a goaltender sees less than 20 shots are games where he gets pulled early after allowing a few goals. This will pull save percentages down in a hurry. For example, two early hooks were the reason Rob Zepp's overall save percentage in his 10 NHL games for the Flyers in 2014-15 was unsightly despite the fact that he played well in most of his appearances

Late last summer, I spoke at length with Boucher about an array of NHL goaltending-related topics. The central theme was whether the massive evolution of the last two decades is likely to level off sometime soon or today's 92-percent save percentage benchmark will start creeping up to 93 percent

"I'm not a visionary, but I can't see how goaltending can get much better than it is today," said Boucher. "If you look at how the craft at the position has been improved around hockey in the last few decades, it's pretty amazing. It's been almost perfected in a lot of areas."

Boucher has a theory on another factor: greater standardization of the way shots (and other stats) get tracked from game to game and from arena to arena.

"Shot counts are more accurate now. There used to be a lot of nights where you'd go into a visiting building and look at the stat sheet after the game and wonder if they were watching the same game you just played in," said Boucher. "You knew for sure that you made at least 25 saves, yet you would only have 18 or 20 credited to you."

He continued, "To me, any puck that would go into the net if if gets past you is a save. Doesn't matter how hard the puck is shot. Doesn't matter if it's just a dump in to get a line change. If you stop it, it's a save. This is something I used to talk about a lot with Neil Little. The numbers add up fast, too. Your save percentage is going to look a lot better if you've let in three goals on 38 shots or four goals on 45 shots than three on 18 shots."

Last year, Boyle's study found 20 games over a four-year period in which New York Rangers superstar goaltender Henrik Lundqvist faced fewer than 20 shots. Six of those games were either shutouts or performances where he allowed just one goal. Nevertheless, Lundqvist's overall save percentage for those 20 games was 88.5 percent.

In the meantime, Lundqvist had 12 starts in 2013-14 which he faced 40 or more shots. Five times, Lundqvist gave up one goal or posted a shutout. His overall save percentage was 95.6 percent. Boyle found similar discrepancies across the league.

Boyle pointed toward several other potential factors that seem feasible. First of all, goaltenders find it easier to stay mentally focused when they see more shots. Most goalies themselves seem to feel that way.

Secondly, Boyle found that there tends to be a higher volume of routine saves in higher shot total games. A higher percentage of shots originate from the dangerous scoring areas around the slot in lower shot volume games. Remember, these are percentages, not actual numbers. There could be four shots from point blank range, two tough deflection and a breakaways in both the 18-shot game and the 42-shot game.

At the end of the night, if the goalie lets in two goals, he's still made the same number of tough saves yet his save percentage in the first game is .889 compared to .952 for the latter. If a routine shot somehow slips through along the way, the save percentage stat in the second game is still .929 while in the first game is a hideous-looking .833.

Said Boucher, "The thing that made Dominik Hasek so incredible, apart from the way he could make mind-boggling saves, was that he kept coming up with pretty close to the same percentage of saves every night. He'd do it no matter how low or high the number of shots were credited. You'd look at him the end of the year and he'd have a .930 save percentage, and he had to do it the hard way."