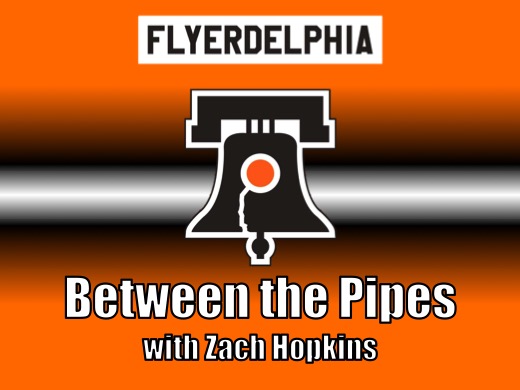 Hi Flyers fans! Welcome back to Between the Pipes, where we highlight a few top stories from the week. In this edition, we'll take a look at some headlines from around the league.

Hopkins Take: Originally, the cover was to feature both Patrick Kane and Blackhawks captain Jonathan Toews. The image will now be of Toews raising the Stanley Cup. While the investigation continues into the alleged incident involving the three-time Cup champion, EA Sports did the right thing of removing themselves from the mayhem and just simply focusing on the game itself. It remains to be seen how long this investigation will take and what possible ramifications there may be for Kane as the 2015-16 season approaches. Kane is one of the NHL's top players and has been a role model for many youth hockey players, especially in the United States. Hopefully, for the sake of hockey, the allegations turn out to be false.

Hopkins Take: There was never a doubt that the sixth overall pick in the 2015 draft would sign; it just took much longer than most Devils fans would have liked. Now, Zacha can solely focus on trying to make the Devils roster out of training camp as compared to being sent back to his junior team in Sarnia where he scored 16 goals last season. New Jersey is in desperate need of goal scoring and the hope is that the 18-year-old Czech native can help dispel their woes. Since he is now eligible to play in the NHL this season, all signs point to him being given a fair shake to crack the lineup. He certainly has the talent; will it be enough to stick with the big club this season? Time will tell.

Hopkins Take: Not really surprised here. The move reunites Lemaire with new Maple Leafs general manager Lou Lamoriello; the pair have been together for the past six seasons as Lemaire held the same title in New Jersey. Lemaire will be an asset for Toronto coach Mike Babcock as he brings over 1200 games of NHL coaching experience and will be tasked with helping to turn around one of the NHL's most storied franchises. The organization now has major players lined up in both the front office and behind the bench in an attempt to be a relevant team in the Eastern Conference for years to come.