Waiting for the defensive cornerstone drawing closer to end for Flyers 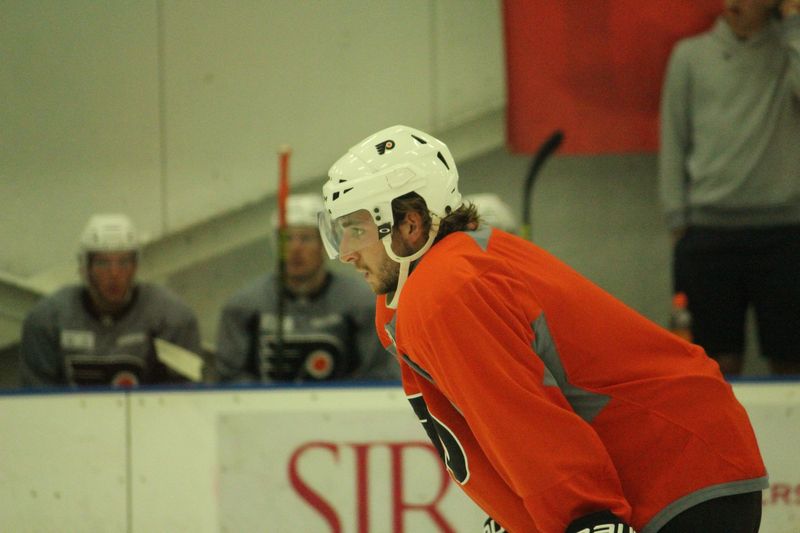 Flyers GM Ron Hextall used the team’s seventh overall pick at the NHL Draft to get the player he had always coveted. Ivan Provorov wasn’t selected to be part of the future. He was picked as a big piece of it.

Hextall has shown his emphasis on building the Flyers blue line with patience and careful selection. And it certainly appears, in the early stages at least, that Hextall hit a home run with both of his top picks. Along with Provorov, Travis Sanheim appears to have the ceiling of a top-pair defenseman as well.

The excitement for these prospects – Sam Morin, Shayne Gostisbehere and Robert Hagg are also part of that group – is palpable in the Flyers fan base. And it is obvious why.

The Flyers have the star forwards that attract attention at all times in Claude Giroux and Jake Voracek. They have the number one goalie they have been searching for in born-again Steve Mason. And now, they have the defensemen. It’s just a matter of when for the cornerstone players of the blue line.

The Flyers have been trying to patch the blue line with players who wouldn’t necessarily be high-end talent. Mark Streit is the team’s top defenseman. Streit is a talent, a suitable power-play leader and a strong offensive presence.

After Streit, Michael Del Zotto came into his own last season and made a triumphant return to the NHL. His career was on a steep decline in Nashville before a one-year deal with the Flyers revitalized his career.

The rest of the Flyers defensemen include the likes of Nick Schultz, Radko Gudas, Luke Schenn, Yevgeni Medvedev, Brandon Manning…the list goes on.

Ultimately, fans are waiting for the day when the kids arrive. They got a glimpse of Gostisbehere. Hagg has spent a year with the Phantoms in the AHL. Morin is about to begin his first professional season.

The patchwork has been due in large part to the absences of mainstay defensemen. Chris Pronger was traded to the Flyers and signed to a seven-year mega-deal prior to the 2009-10 season only to have his Hall-of-Fame career cut short by a series of concussions. Kimmo Timonen missed almost the entire 2014-15 season with blood clots and was traded to Chicago before closing his career with a Stanley Cup victory.

Those two long-time blueliners gave the Flyers a reputation defensively. After making trades to acquire both of them, the Flyers are now trying to do it through draft picks.

It just so happens that all of them have come through the system at the same time.

While the temptation grows as each prospect draws closer to become a regular NHL starter, the waiting is what will make it worth it. And for some of these prospects, and the potential cornerstones of the blueline, you won’t have to wait much longer.