Between the Pipes: Flyers and Phantoms both lose, 3-on-3, Down Goes Brown 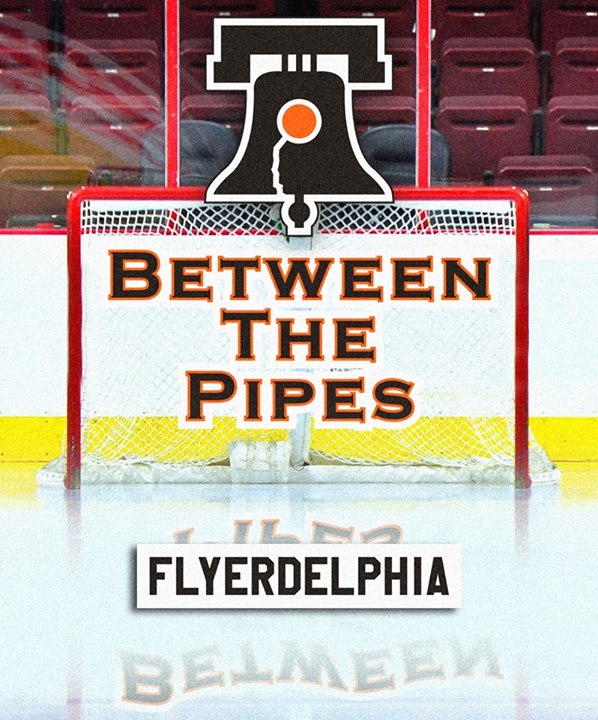 Happy Halloween! Unfortunately, I don't have anything for those who came to this site looking for candy. I do have something better, though -- several links about the Flyers and happenings around the NHL.

The Flyers started their five-game road trip on a dismal note, as they fell 3-1 to Buffalo on Friday in a game where they could not manage to stay out of the penalty box. Mark Streit scored the Orange and Black's lone goal, while Ryan O'Reilly registered three points for the Sabres. In his first start since Oct. 21, Michal Neuvirth made 33 saves. The Flyers will head West to continue their road trip, as they face Vancouver on Monday.

The Phantoms fell 3-2 to the St. John's IceCaps on Friday, as they wrapped up a two-game stretch in Allentown. Chris Conner scored two goals, while Anthony Stolarz saved 23 of 26 shots. Nick Cousins took an elbow to the head early in the third period (still setting up Conner's goal), and took one more shift before heading to the dressing room for the rest of the game. The Phantoms next head to Hershey for a Sunday matchup with the Bears.

One month into the season, 3-on-3 overtime is proving to be an exhilarating way to end games, and has cut down on the amount of shootouts so far. So far, 29 overtime games have been played, with nine going to the shootout (31 percent) -- compared to 170 out of 306 overtime games going to a shootout last season (55.5 percent). Four of the Flyers' 10 games have gone to overtime as well, with only one going to a shootout -- which the Flyers won over the Rangers on Oct. 24. While some players have voiced negative opinions about the new format so far, the overall impression so far is that 3-on-3 is a much better way to end games.

Grantland, the popular sports and pop culture site formerly edited by Bill Simmons, ceased operations on Friday. One big implication for hockey fans is that Sean McIndoe, better known as @DownGoesBrown, is now without a platform to voice his witticisms. When it comes to satirical hockey writing, McIndoe is among the best out there, and his style will be missed -- at least, until the next opportunity comes knocking for him.

Well, What can I say... The FLYERS are what they are. I have been saying this all along. They are just good enough to possibly make the playoffs but not go far after that. They are a Transition and young talent team right now. They will have growth Moments. Moments that give you hope. (Beating Chicago and NYR) But also have moments of Let Down (Buffalo, NJ, Buffalo losses.)

This is a sign of a team that is in Transition and growth.

The sad thing is the timing of these 3 straight losses could not come at a worse time.

THE FLYERS are embarking on a Great West Road Trip. They will be playing Vancouver, LA, Calgary and wrap it up mid west with Winnipeg.

HERE are some STONE COLD FACTS: The FLYERS Normally play out west around the same time. Its either around this time or around that time between Christmas to New Years when Disney on Ice is in Philadelphia. Here is another STONE COLD FACT: They normally dont do well. Oh sure last year they surprised us with a Win over LA Kings (We thought LA was going to be a Playoff Team last Year) and they almost Beat the DUCKS but lost in OT Shoot out to the Ducks. but the facts are the facts. They went 1-2-1 (beat the kings, lost to SJ, Lost in SO to Ducks and Lost to CBJ) around Early December. We were ecstatic as they picked up 4 out of 8 points but the Fact is they ONLY WON 1 Game.

They then went out west around last Disney on Ice in Philly time and lost 5 straight games. They lost in OT to Colorado, and lost 4 to Predators, Coyotes, Hurricanes and New Jersey all in Regulation time. so they only got 1 Point in 5 games.

so with the 3 straight losses going out west against Canucks, Oilers, Flames, & Jets it will be a Test. A test that they normally fail.

Edmonton is well, .. Edmonton. LOL. But.. Don't be fooled. They are after years finally getting to turn things around. 4-8-0 FLYERS "SHOULD WIN".

Calgary is slipping from last year. The bottom has fallen out from underneath them. 3-8-1 They are Hungry and this will not be easy as they are just as Desperate as Philadelphia.

Winnipeg is doing Very well. 7-3-1 record so this should be another true test.

So even though I say that the FLYERS have a "SHOULD WIN" over Edmonton, To be Honest, There are no Guarantee wins in the NHL anymore. SO all 4 teams should be a HARD Challenges.

THE FLYERS NEED TO actually win pretty much all 4. Do I expect that to happen? No. But I do expect one thing that is MAKING ME MADDER THAN HECK right now and that is .... I EXPECT giving 100% and Competing every night. The LAST 3 games. THE FLYERS players should refund all the FLYERS fans who spent money to go to the games to watch them as they have not.. I repeat... HAVE NOT... Given 100% and Competed the last 3 games. They have taken 3 games off from Hard Work and I AM ... well... Disappointed.

This should be a true test. LETS GO FLYERS.

Lets hope they find their "Jam" in their game again.