A different kind of Phillies offseason is off and running 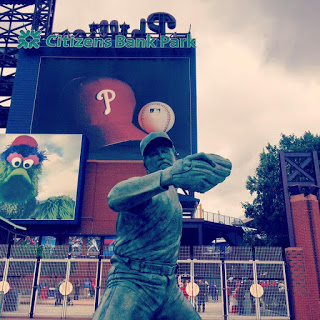 For a while there, Phillies fans became accustomed to big off-season moves. Jim Thome, Cliff Lee, Roy Halladay, and even Brad Lidge were big named, high priced pick-ups made to try and contend immediately. The Phillies flexed their financial muscle to make fast improvements to the team. The Phillies are absolutely capable of still doing those types of moves, if they wanted to, but frankly it makes no sense right now. The Phillies are in the midst of a rebuild, coming off of a 99 loss season that saw them finish with the worst record in the game. Sure, a big move like signing David Price would make them better next season, but with their stockpile of young talent still a year or two away, spending a lot of guaranteed money to get to 90 losses isn't the smartest strategy to move forward for 2016. The Phillies are a year away from that, at least.

That does not mean this hasn't been an entertaining off-season already, or won't be moving forward. Their once bloated 47 man roster to finish the season now has just 33 players on it. This weekend, they made a trade to land Jeremy Hellickson, helping them fill out a rotation that needs some depth. They are pushing to try and land young Marlins' outfielder Marcell Ozuna, a solid athlete with power capability. The Phillies have signed minor league deals with Chris Leroux and James Russell already to add depth. They claimed reliever Dan Otero off of waivers from the Athletics. The Phillies are even fielding calls for young closer Ken Giles. At the very least, new GM Matt Klentak has been busy. Some of this is nothing but rumors (Ozuna, Giles), but the Phillies are active in the shallow end of the pool so far.

This is how you piece together a team that is in full rebuild mode. The Phillies will attempt to improve the team at least a few games by piecing together players from the B and C lists that are upgrades on the 2015 versions of the squad. If the Phillies went to Spring Training today, they would have a different looking team already. At this point in time, the team looks like:

Looking at the roster this way, the Phillies are likely to still be doing some shopping as the off-season moves forward. At least one, if not two outfielders could still be brought in. A set-up man might be the biggest upgrade they make. At least another starting option could still be in the cards. The Giles and Ozuna rumors will continue until they don't (in other words, they are dealt or Spring Training comes).

The Phillies are almost certain to make a Rule 5 pick, if not two, since they have the top pick. I'd still say it's less than zero they'd trade Howard or Ruiz this off-season if anyone wanted either, and I'd be un-shocked if players like Galvis and Hernandez are at least available for the right price. In other words, while the big moves we've become accustomed to aren't coming, this off-season is likely to be very busy moving forward.