Dream Big: Trade scenarios that would be quicker fixes for Flyers 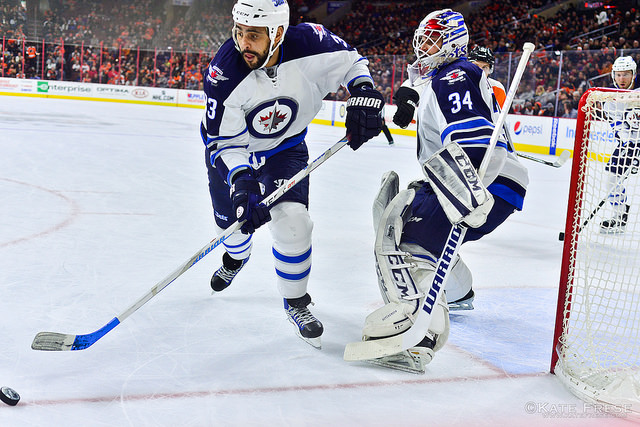 As the Philadelphia Flyers crawled out of their six-game losing streak with a win against the Winnipeg Jets, fans can finally be hopeful.

With improving power-play action, offense hopefully getting fire under their skates and scoring and defense carrying pucks with no turnovers, one may dream of improvements.

Here are three that could be a speedy improvement to the Flyers this season if GM Ron Hextall would take a risk and make some trades. Dream scenarios if you will.

Trade Vinny Lecavalier and Matt Read and one million dollars of Lecavalier’s hefty salary to the Nashville Predators for winger Kevin Fiala. Nashville’s head coach and former Philadelphia coach, Peter Laviolette always liked Matt Read and he practically begged Lecavalier to come to Philadelphia before he was fired as head coach. Read and Lecavalier would be happily reunited with Laviolette in Nashville. Kevin Fiala would be an asset as left wing on the second line with Brayden Schenn as center, his natural position (let’s keep him stable in this dream scenario), and Wayne Simmonds on the right wing. Fiala would bring speed and make this a great line to help to fly up the ice and score some goals.

Yes, almost every team wants big Buff, but if this could happen the Jets would receive a big young defenseman in Sam Morin to replace Byfuglien, who probably won’t sign with Winnipeg next year anyway. Luke Schenn could add steadiness to their defense, and in the last year of his contract, is also movable as a trade option. Nick Cousins, well, he could be the sleeper trade. Philadelphia has many talented forwards in the system, so he could serve as a trade chip. They also have many young talented defensemen in the system, so perhaps moving one to make a quicker improvement would help.

Nail Yakupov might not reach his potential in Edmonton in the shadow of such talent as Connor McDavid, Taylor Hall, Ryan Nugent-Hopkins and Jordan Eberle. Yakupov would be a fine replacement on the first line as left wing with Claude Giroux, center, and Jake Voracek, right wing. Laughton will perform well as McDavid’s replacement for the rest of his injured season. Plus, they will get a young defenseman in Hagg, which they need drastically. Again, another young defenseman that Philadelphia could move.

The Flyers would have the speed to keep up with most NHL teams. If this dream scenario were to play out, and Hextall made some changes, the team might just rise in the standings to playoff contention this year and not wait until next. If head coach Dave Hakstol is as good with young players as he is reputed to be, he would welcome these changes.

In the end, this is a dream and only a dream, but it sometimes never hurts to dream big.

View All Posts By Denise Mroz

View All Posts By Denise Mroz