Eagles Flyers Phillies Sixers About Us Write For Us
Previous month:
November 2015
Next month:
January 2016

Chip Kelly issues statement: 'My players mean the world to me'

Just over 24 hours after being fired by the Eagles, Kelly released his first public statement since the news broke on Tuesday night.

"I'm grateful to Jeffrey Lurie for allowing me to coach his Philadelphia Eagles for the past three seasons," Kelly said in the press release. "I deeply regret that we did not bring this great city and its fans the championship they deserve."

Continue reading "Chip Kelly issues statement: 'My players mean the world to me'" »

The news of Chip Kelly's firing shocked the football world on Tuesday evening. But now, nearly 24 later as the news settles in, the Eagles will have to start picking up the pieces and moving forward.

There were surely several reasons for the decision to release Kelly now. Regardless of the reasons, the implications of the decision will certainly hold effect on several people throughout the organization.

Here are five people who benefit the most from Kelly's release.

Three Flyers prospects were active in today's World Juniors action -- a day that was more highlighted by USA's 10-1 laugher over Switzerland and Finland's 8-3 romp of Slovakia (on a day that saw them retire the legendary Teemu Selanne's number from international competition). Let's take a quick look at how your Future Flyers performed:

Coming off of a rough return from the holiday break in Anaheim on Sunday night, the Flyers return to the ice in San Jose to continue a West coast trip against the Sharks.

The Flyers will get veteran defenseman Mark Streit back in the lineup after missing six weeks.

Lurie: Firing Chip was 'clear and important decision that had to be made'

A whirlwind 24 hours of speculation for the Philadelphia Eagles came full circle as Jeffrey Lurie stepped to the podium at NovaCare Complex on Wednesday about 17 hours after the press release heard all around Philadelphia and the NFL was released.

Chip Kelly had been fired by the Eagles on Tuesday night, and Lurie spoke of the decision on Wednesday afternoon.

"It's never an easy decision to change head coaches," Lurie said. "It was a clear and important decision that had to be made."

Continue reading "Lurie: Firing Chip was 'clear and important decision that had to be made'" »

Jeffrey Lurie is addressing the media at 12:30 p.m. today regarding the Eagles firing of Chip Kelly. Eagledelphia will have more coverage throughout the day. You can watch the press conference, courtesy of CSN Philly's live stream, above.

After falling short in Utah, Sixers visit Sacramento for matchup with Kings 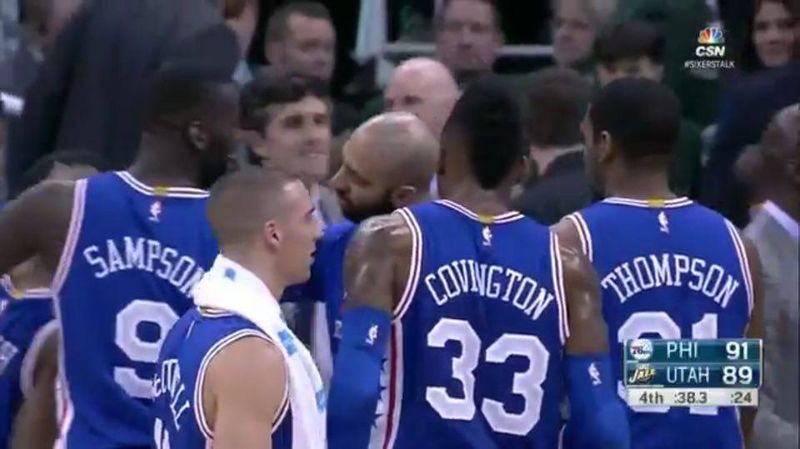 There's no doubting that the Sixers (2-31) have been better during the last pair of games, one of which they won, and the other, they came back from a 21 point deficit against the Jazz but couldn't get the big shot to fall down the stretch. Prior to acquiring Ish Smith, the Sixers had failed to even look competitive, but that has changed a lot over the last two contests. Nerlens Noel has thoroughly enjoyed Smith's return and has been excelling at his natural position, center. Following the game against Utah, head coach Brett Brown said Noel's play at the five changes things "drastically". With Jahlil Okafor set to return tonight against the Kings (12-19), expect Brown to split minutes at center to play to the strengths of both big men.

The Sixers put themselves in a 14-point hole after the first quarter on Monday and that proved to be their undoing. Though they came back to take a lead late in the fourth, pitting themselves to that kind of deficit is something that needs to change if they want to stay in games throughout 48 minutes rather than attempting to come back from large deficit's. Midway through the third quarter, the Jazz led by 19, but Philadelphia staged a 29-10 run to end the frame. A Nerlens Noel dunk courtesy of Ish Smith late in the third allowed the Sixers to nab their first lead of the game, 78-76. The Sixers broke an 89-89 tie with just under 40 seconds remaining via another Noel dunk, but Utah's Gordon Hayward responded with a go-ahead three pointer to seal the win for the Jazz. Both Nik Stauskas and Ish Smith had opportunities to tie the game, but missed shots. Smith had six turnovers, but scored 22 points and had 11 assists. Richaun Holmes had 18 points on 8-for-11 shooting and three blocks off the bench while Nerlens Noel had 18 of his own to go along with six rebounds, five blocks and two steals. Isaiah Canaan, Robert Covington and Nik Stauskas combined to shoot a combined 4-for-21 from the field.

The Kings pose a tough matchup for the Sixers with their fast paced play and both Nerlens Noel and Jahlil Okafor will have to deal with DeMarcus Cousins, who was ejected in Sacramento's loss to Golden State on Monday night. Cousins was ejected early in the third and the Warriors took advantage of his absence by going on a 26-9 run to end the quarter. The NBA may discipline Cousins, so if he misses tonight's game, it will be up to the struggling Rudy Gay and Omri Casspi to pick up the slack for the Kings, who are already short-handed thanks to some injuries.

Phillies president Andy MacPhail had not worked in a Major League front office since the conclusion of the 2011 season, when he opted not to sign another contract with the Baltimore Orioles.   After joining the Phillies in 2015, MacPhail found his general manager in former Orioles employee Matt Klentak, who served as director of baseball operations for the Orioles.   But, the Phillies have added another from that Orioles front office.

According to Roch Kubatko of MASN, the Phillies have added Ned Rice as assistant general manager:

Ned Rice, the club's director of major league administration, has accepted a position in the Phillies' front office, according to multiple sources. He will be reunited with Andy MacPhail, president of baseball operations, and Matt Klentak, named general manager in late October.

I've heard that Rice is taking a position as an assistant to MacPhail, though neither team has announced the hire.

The Orioles connection does not stop with Rice, Klentak and MacPhail.

The Phillies opted to retain two high-level executives in assistant general manager Scott Proefrock and director of scouting Joe Jordan.  Both were hired from the Orioles organization as well; both worked under MacPhail.  So far in Philadelphia, MacPhail has held true to his "grow the arms, buy the bats" mantra he had with the Orioles.  The Phillies have stocked up on potential pitchers; down the line MacPhail and his team will add some free agent bats when the time is right, if history repeats itself. 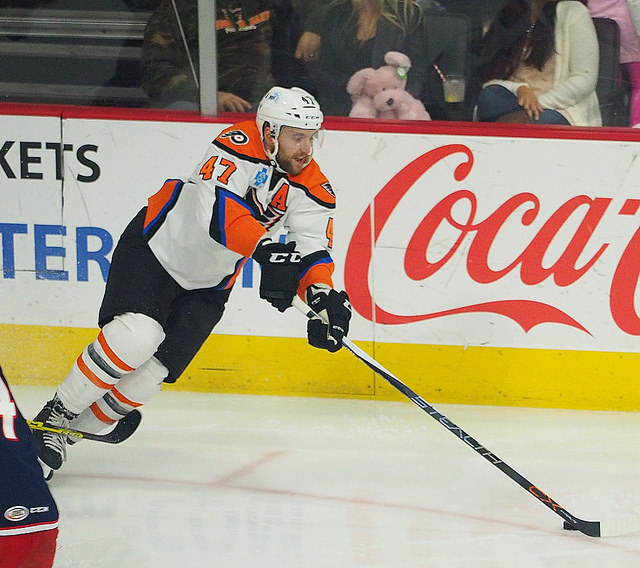 The problem? They stopped 38.

Andrew MacDonald scored the lone Lehigh Valley tally, and Matthew Puempel netted Binghamton's regulation goal and the winner in the shootout, as the Phantoms fell 2-1 on Tuesday night.

When the Eagles were knocked out of contention for the second straight season by the Washington Redskins in Week 16 on Saturday night, Chip Kelly was asked about how much responsibility he shouldered for it.

The Eagles coach and first-year GM shouldered it all.

Make no mistake about it, Chip Kelly, the coach, failed miserably this season after two solid 10-6 seasons with different outcomes. But Chip Kelly, the GM, was the one who cost the coach his job after three seasons at the helm of the Eagles.