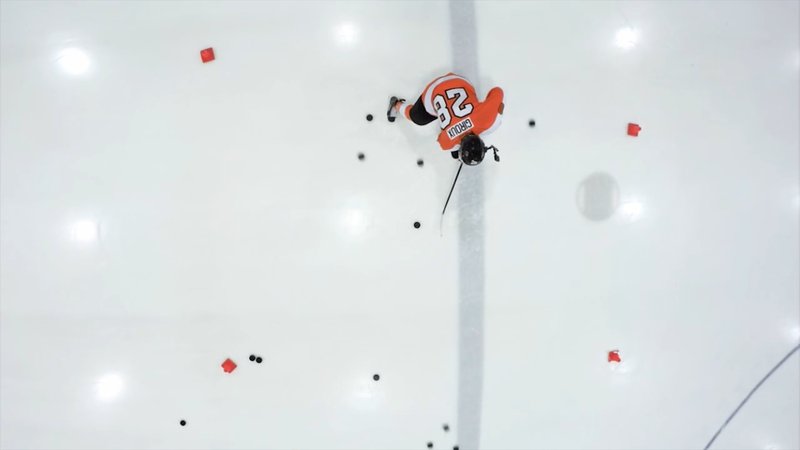 The NHL and GoPro teamed up last season to provide a unique perspective to the NHL All-Star Game. In addition, a few NHL superstars teamed up with GoPro for series of videos, showcasing some talents of the best in the NHL.

That partnership was renewed this season, and released a trailer video called NHL After Dark on Tuesday that stars Flyers captain Claude Giroux and his sick mitts.

Giroux shows off his stick-handling skills in two clips, one that includes a "Frogger-style" challenge where Giroux stick-handles through oncoming pucks, a stick and a milk crate.

GoPro and the NHL are releasing videos featuring the NHL's stars that include Gabriel Landeskog, Evgeni Malkin, Daniel and Henrik Sedin, Cory Schneider and Duncan Keith.

You can watch the trailer, featuring Giroux and the others, below.