Eagles Flyers Phillies Sixers About Us Write For Us
Phillies' Hellickson says he would 'love' to start on Opening Day
Report: Eagles to announce extension with Sam Bradford 'soon' 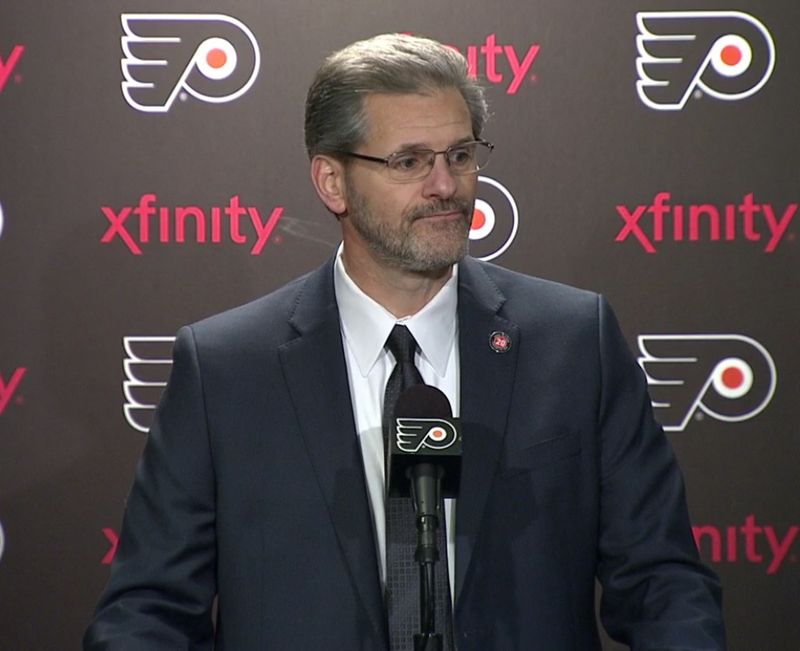 The Flyers were not short on potential trade candidates as deadline day approached and finally hit on Monday. That made the morning skate prior to Monday’s night game against Calgary a little uneasy.

Among the Flyers patiently awaiting word on their fate, Sam Gagner and Mark Streit.

Ultimately, both were safe in the end as the deadline came and went without a move from the Flyers.

"We're looking if we can make ourselves better today and not hurt our future, we're all for it," GM Ron Hextall said. "Nothing came up that made sense."

The only move the Flyers made was a formality, loaning forward Nick Cousins to Lehigh Valley, making him eligible for the Calder Cup playoffs in the AHL. He has since been recalled and will be in the lineup tonight against Calgary.

For the rest of the Flyers, it was about surviving the day so they could continue to focus on a run toward the playoffs.

"We have a good chance to make the playoffs, and that's something I haven't done in my career," Gagner said. "It's a good group of guys in here and I'm just trying to continue to establish a role where I can help the team every night."

"Obviously it's a little bit stressful because it's a game day and you want to focus on the game tonight and prepare yourself like it's any other day," Streit said. "But it's out of your control, and you just kind of stay on alert throughout the day and we'll see what happens."

Earlier in the day, both got a vote of confidence from captain Claude Giroux, who stated that he likes where the team is at the moment.

"It’s exciting but it’s nervous, too," Giroux said. "Obviously you don’t want to see anyone leave. And, personally, you don’t want to leave either. It can be kind of a weird day, but once 3 p.m. comes, I think it’s a relief for everyone and we can just go back to work."

"I think I’ve said it all the way along. We like our group," Hakstol said. "We’ve worked hard together all year long and we have to keep pushing to get better. We’re going to keep working regardless of what happens today. That doesn’t change anything. That group in the locker room is going to stick together and keep pushing forward and try to control the things that are within our control."

As a first-year head coach and coming over from the college game, Hakstol is getting his first hands-on experience with dealing with players while rumors are flying. Hakstol said that for now, everything is business as usual until something changes that.

"You just keep things in a regular business sense. Our guys have handled it well over the last few days," Hakstol said. "I liked our focus at morning skate. I liked our jump and enthusiasm. I don’t expect anything to be different through the day."

With the deadline now gone, the Flyers can shift the focus to Monday night’s game against Calgary at 7 p.m. The Flyers have won the first two games of a six-game homestand as they continue a playoff push.

Monday night is just another night where two points are the primary focus.

"We’ve got a pretty steep hill in front of us to climb in order to push toward the playoffs," Hakstol said. "One day at a time here. Two critical points and we’ll worry about those today and I know our group will be focused on those."

"You always look at the deadline, where are we positioned? We have a vision set out a couple years ago and we're not deviating from it," Hextall said. "Of course you adjust, everything doesn't go the way that you plan for it to go.

"If we wanted to start unloading picks and prospects today, we could have become a better team. We weren't going to do that. Conversely, we're three points out, our guys have played well, you owe your players, the organization, the fans a certain amount. If something made sense long-term that overwhelmed us, we would have looked at it."