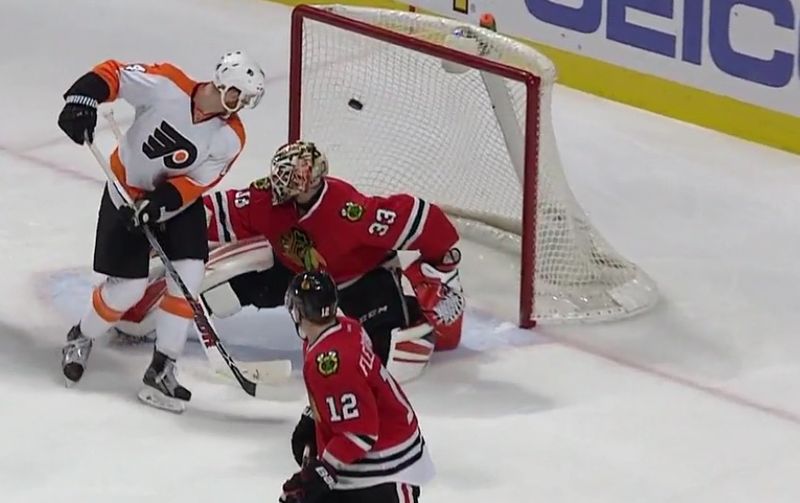 The Philadelphia Flyers had to follow a different script tonight against the Chicago Blackhawks, but the result was the same. This time it was the Flyers on their heels to start the game, and the Hawks eventually broke through when Marian Hossa scored a shorthanded goal. The Flyers were fortunate to head into the first intermission with a tie score however, when Ryan White scored on a power play deflection.  The Hawks would surge again to take another lead, but the Flyers fought back in the second period and got the better of the Hawks in a defensive third period. With the 3-2 win, the Flyers officially move into playoff position over the Detroit Red Wings.