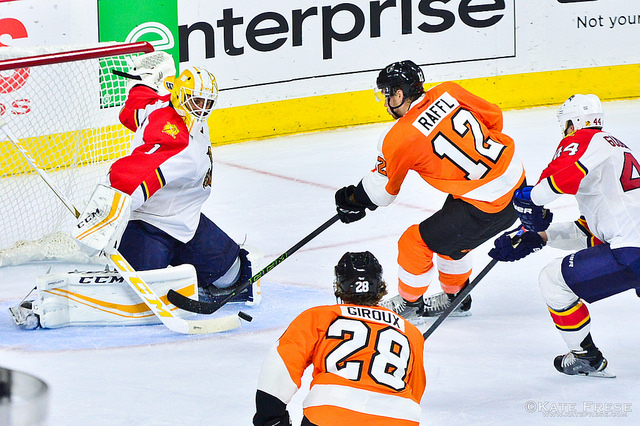 The Flyers first Florida trip, which opened the season in October, was a total disaster, ending with an embarrassing 7-1 loss at the hands of the Panthers.

Two nights later, in the Flyers home opener, a 1-0 win was the first of now 32 wins on the season after Friday night's 3-1 win in Tampa.

The Flyers cap off another Florida trip in Sunrise by facing the Panthers for the final time this season, looking to keep things rolling after winning six of their last seven games.

Faceoff from Sunrise is set for 7 p.m.

It's a homecoming for Shayne Gostisbehere and in his first game against the Panthers in his career. There was a key difference in Friday's game, the second time the Lightning got to see the rookie defenseman. With family and friends in attendance, keep an eye on Gostisbehere.
On the other end of the spectrum, Jaromir Jagr continues to be one of the best forwards in hockey. With 23 goals on the season, Jagr is two goals shy of matching his highest goal-scoring total for a season since 2007-08. All at the age of 44.

With the news that Michal Neuvirth is out with a stomach virus, Steve Mason makes another start in goal. Mason allowed four goals on eight shots to the Panthers in his second start of the season, so this should be a game where he is looking for a better performance. Mason is making his fourth straight start and has allowed a total of three goals in the last three games.

Statistically, Roberto Luongo is having his best season since 2010-11 when he helped the Vancouver Canucks reach the Stanley Cup Final. However, he sits 10th in save percentage and outside the Top-15 in GAA in the NHL, somewhat unusual for the perennial All-Star. Luongo has also had two excellent games against the Flyers, allowing two goals on a combined 72 shots in one win and one loss.

No lineup changes again for the Flyers, who will roll out the same lines as the previous three games.