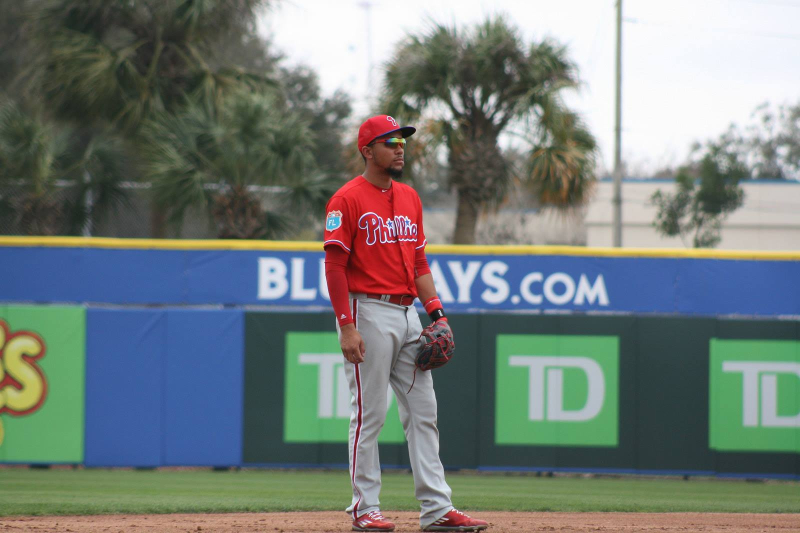 While the Philadelphia Phillies were in the process of defeating the Kansas City Royals Friday evening, one of the players who their long-term process revolves around -- J.P. Crawford -- flashed his defensive potential at Triple A Lehigh Valley.

During the Lehigh Valley IronPigs Friday evening game against the Charlotte Knights, Crawford made a play in the field in the fourth inning that drew comparisons to future Hall of Famer Derek Jeter.

For comparison, here's Crawford in mid-air next to Jeter making his signature play. This one play aside, there aren't expected to be too many similarities in the field between Crawford and Jeter. Fangraphs says that Jeter had a career -29.7 dWAR, while MLB Pipeline ranks Crawford as a 65 in the field (on a 1-80 scale), meaning Crawford is expected to be a strong fielder at the MLB level.

In addition to his glove, Greg Joyce of Lehigh Valley Live notes that Crawford is hitting .333 in his last 75 at-bats.