Halladay says he would go in HOF with Blue Jays, not Phillies 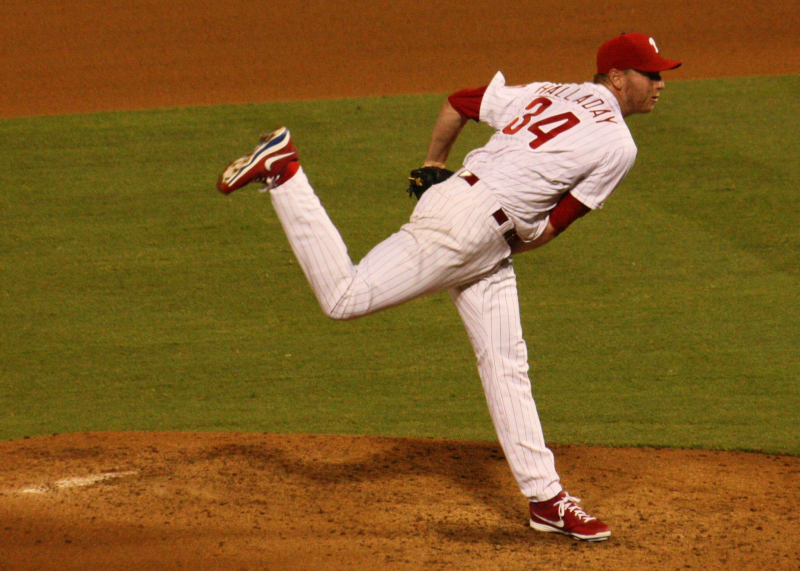 Former Philadelphia Phillies ace Roy Halladay says in the event of him being elected to the Hall of Fame, he would go in as a Blue Jay. (Kevin Durso/Philliedelphia)

The two-time Cy Young award winner won't be eligible for the Hall of Fame until 2019, but when speaking to Shi Davidi of Sportsnet, Halladay noted that he would prefer to go into the Hall of Fame as a member of the Toronto Blue Jays, not the Phillies:

Roy Halladay on which logo he'd want on plaque if he's elected to Hall of Fame: "I'd go as a Blue Jay." #BlueJays

Halladay played part of 16 seasons in the league, spending just four of those seasons with the Phillies. Of his 203 career wins, Halladay recorded 148 of those wins in Toronto. And while Halladay threw 18 complete games in four seasons with the Phillies, he had 67 career, so really just a chunk of his greatness came in Philadelphia. That doesn't change that he won a Cy Young award with the team, threw a regular season perfect game and threw a playoff no-hitter, but there isn't really a debate as to which team Halladay should go into the Hall of Fame with, should he be elected.

It should be noted that the Hall of Fame, not the inductee, decides which team a player goes in with, though for the same reasons mentioned above, they would also put Halladay in wearing a Blue Jays hat.

Though he only won 203 career games, wins as a whole have been devalued, and seem even less important when you consider that he spent a majority of his career in the American League East. Halladay, though he's sure to be passed by Clayton Kershaw, was probably the most consistently dominant pitcher that the 2000s have seen thus far, making it hard to envision him not being elected to the Hall of Fame. Whether a voting base that has become increasingly hard to figure out — or perhaps just full of themselves — elects Halladay on his first time on the ballot or not remains to be seen.

Over the course of the next five to 10 years, the Phillies could have Halladay, Curt Schilling and Jim Thome all elected to the Hall of Fame, with it being a near certainty that none of them will go in as Phillies. While that may burn to some, the careers of all three may not be Hall of Fame worthy if not for their time with the Phillies, meaning Phillies fans would be able to celebrate all three hypothetical inductions, regardless of whether they go in on another team.