It's been eight days since Carson Wentz took Philadelphia and the NFL by storm in his NFL debut and performed tremendously in the Eagles win over the Cleveland Browns.

But things can change quickly from one week to the next, and this is a new week and new game for Wentz and the Eagles.

The Chicago Bears play host to the Eagles first road game of the year under the lights of Monday Night Football. Here are six players to watch in Monday night's game.

Carson Wentz – Nothing has changed here. He was the focus of Week 1 and remains the focus moving forward. Wentz will see a better defense than he did against the Browns, but he had the poise and confidence of a veteran in his debut. If that continues, it could be another good night for the Eagles.

Alshon Jeffery – The Bears have good weapons at wide receiver, none more talented than Jeffery. The veteran wideout had four catches for 105 yards in the Bears season opener and is sure to be a threat downfield against an Eagles secondary facing a huge early test. Keep an eye on No. 17 at all times.

Fletcher Cox – The way to solve Jay Cutler and the Bears passing game is pressure and nobody does it better on the Eagles than Cox. Jim Schwartz is about attacking the quarterback and having been a head coach in the NFC North during Cutler's tenure with the Bears, has to know that Cutler's game is affected by rushing the quarterback.

Jerrell Freeman – The Bears linebacker led the team last week with 17 tackles in Houston. The tackling machine from Week 1 will be looking to keep the Eagles drives and plays short.

Brent Celek – With Zach Ertz out, Celek's role will be elevated and he should factor into the passing game considering Ertz had six catches in the opener. Celek had one catch for 11 yards, but mainly was used as a blocker. Between Celek and Trey Burton, the two tight ends are going to have to try to fill the void that Ertz leaves. Celek may be a big target for Wentz.

Tracy Porter – Porter had four tackles and came away with an interception in Week 1 against Houston. Porter will likely line up against the Eagles outside receivers. After a nearly perfect week from Wentz in Week 1, the Bears are likely going to be looking out for mistakes and ready to pounce on them. 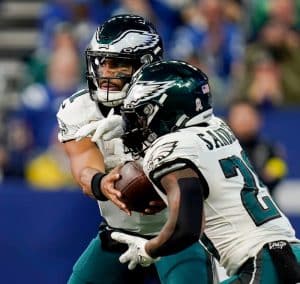