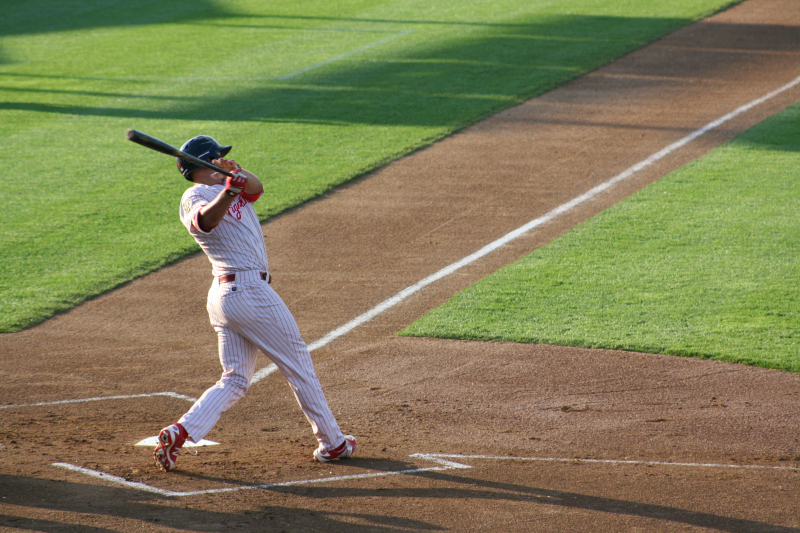 Philadelphia Phillies minor league slugger Dylan Cozens was named the Eastern League's MVP Wednesday, just a day after winning the Joe Bauman Award, which goes to the minor leaguer with the most home runs in an individual season. Though it seems difficult to imagine the 22-year-old ever topping his 40 home run, 125 RBI season, one league scout doesn't seem to be willing to put it past him.

When speaking to John Perrotto of Today's Knuckleball, "an American league scout" said that he thinks Cozens will eventually thrive in Philadelphia:

“He’s a big strong kid and he has just started to figure out how to hit the ball in the air consistently,” the scout said. “He sells out some contact for power but it’s worth the trade-off. You put him in that bandbox (Citizens Bank Park) in Philadelphia and he’s going to pop you 30-plus home runs a year for a long time. At least 30.”

The article does make note of the fact that Cozens struck out nearly 200 times in Double-A this season, which is certainly something the Phillies would like the see him cut down on. But in some senses they will take the good with the bad, as the scout suggests, as a middle of the order with Cozens and Maikel Franco both hitting north of 30 home runs and 100 RBIs could help create the next great Phillies team.

Cozens will, in all likelihood, spend the majority of the 2017 season with the Triple-A Lehigh Valley IronPigs. Moving up another level in the minors represents another hurdle for Cozens to clear, as does finding a spot for him in the outfield. The Phillies currently have Odubel Herrera, Aaron Altherr and Nick Williams presumably locked into getting chances to play every day in the outfield, with Roman Quinn also in the discussion and Perrotto's colleague Jon Heyman reporting the team may target Ian Desmond this off-season.

Even with some of the hurdles taken into account, if Cozens continues to demonstrate the elite power that he showed this year, the Phillies will find a spot for him, whether it's in the outfield or at first base.